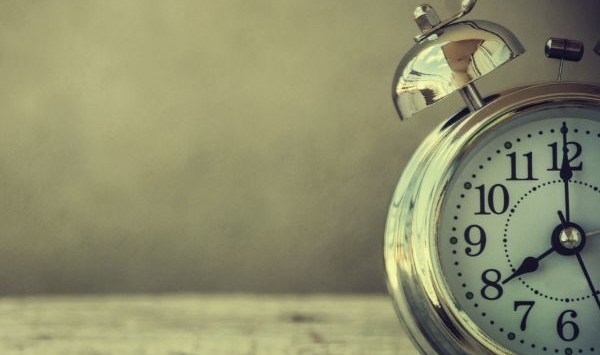 Businesses employing 20 or more people have won a reprieve from the Australian Tax Office on the impending June 30 deadline for SuperStream compliance, with the ATO announcing it will give employers four more months to get their house in order.

But the ATO is warning any business in that bracket that is not compliant by October 31 this year can expect a knock on the door from the taxman.

“If they are ignoring the deadline after October, they can expect to get some attention from the ATO in the months that follow,” Phillip Hind, ‎national program manager for SuperStream at the ATO, told SmartCompany.

SuperStream requires employers to make super contributions on behalf of their employees by submitting data and payments electronically.

Under the previous timeline, large and medium-sized employers were required to have completed the implementation of SuperStream by no later than June 30 this year. But the ATO will now work closely with those who miss the June 30 deadline to get them compliant by October 31.

Hind says the ATO is conscious of the significant changes involved with moving to the new system and wanted to give businesses a fair amount of time to become fully compliant.

“When we saw there were 15,000 to 20,000 businesses that didn’t quite make or were rushing to make the deadline, we thought it was much better to allow extra time,” Hind says.

“There is no point in trying to do this in rushed manner; it would just create a bad experience for employers. So we though it was wise to allow another four months.”

There are now over 70,000 employers who have started using SuperStream solutions, according to Hind, resulting in more than 100 million transactions per year.

October is D-Day for large businesses

But while Hind admits October 31 will be the moment of truth for those businesses employing 20 or more people, he says the ATO won’t immediately be issuing penalties.

“After October, we will start to focus on the information we’ve got access to see if people are making a genuine effort, if they are struggling or if they are completely ignoring the deadline,” he says.

“We generally would not jump straight to penalties. It usually starts with questions and then issuing a directions notice to inform them of their obligation and expectations to get their house in order. Then if that is ignored, we would look at penalties.”

Hind says around 250,000 Australian businesses are still paying super the old-fashioned way, by banking and cheques.

“There’s the best part of a quarter of a million businesses still doing it the old way, including paying by cheques,” he says.

“That is partly because some funds had insisted on being paid by cheques. So some employers were paying ETF to one fund and cheques to another.”

Hind says as part of the SuperStream roll out, all 2400 funds regulated by the Australian Prudential Regulation Authority are now required to have digital receiving solutions in place.

“Paying the old way, that behaviour has been driven by the funds, but they can’t insist on that anymore, so we are expecting that will pretty much come to a stop on June 30.”

Legally, small business employing fewer than 20 people need to be compliant with SuperStream from July 1, but the ATO has already announced flexibility for those small employers, extending the deadline until June 30, 2016.

“But our advice is not to let it go, not to leave it until then,” Hind says.

“Please don’t leave it to June [2016] because there will be a significant rush, resources will be strained and it might be problematic in that ‘pressure cooker’ environment. Get it done and out of the way.”

Hind says although he recognises the change is a big one for many businesses, he says there will be many advantages to the new system for employers.

“With that window of flexibility we’ve created, the important thing is businesses realise there are some real benefits from implementing SuperStream,” Hind says.

“It will get rid of paper work, you won’t have to deal with funds in different ways and you will save yourself time.”

Hind says with the old method, business would spend up to a full day of work paying contributions but that is now reduced to an hour with SuperStream.

“There is a real scale of benefit getting onto SuperStream,” he says.

Hind says given the pressure that the end of financial year places on small businesses, it is particularly important they get their ducks in a row before June next year.

“That’s why we’re getting the message out. Don’t leave it to next year, look at doing it in August or September when you’re not trying to do everything else,” he says.