Super reform tinkers around the edges, while ignoring the fundamental flaw 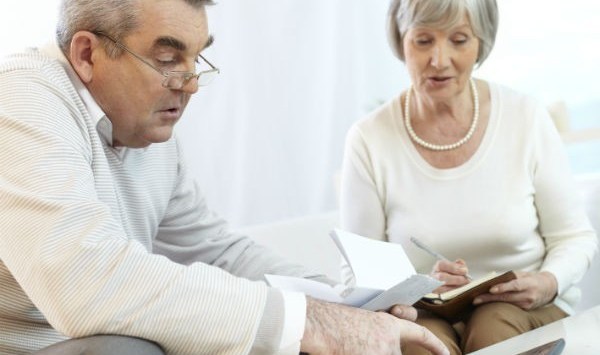 Recent proposed changes to Australia’s superannuation regime – from freedom of choice for default funds, to lifting the contributions rate from 9% to 12%, to reforming who pays how much tax, all make a great deal of sense. But they also fail to address a more fundamental problem which is the moral hazard implicit within the existing superannuation investment model.

Contrary to commonly accepted wisdom much of the superannuation investment management industry’s effort is not directed at the business of achieving superior investment returns for its members; instead they are in the business of attracting funds inflow. There is unfortunately a difference.

With total inflows or contributions to superannuation for the year ending September 2015 equal to $104.6 billion, and an asset-based fee structure that mainly rewards getting bigger, diverting as much of the yearly tsunami of money as possible simply becomes the most economically rational choice.

Executive incentives in the investment management industry are mainly a reward for business growth through either funds inflow or relatively short term investment portfolio performance, neither of which drive long-term members investment returns.

The Future Fund recently released a joint research working paper Long-Term Investing as an Agency Problem looking at some of these issues and possible institutional solutions.

The industry funds’ “profit for members” business model, being member-owned and orientated does offer a better solution in reducing the moral hazard involved from the investor’s perspective. Although to say member funds are being run entirely in the members interests might require keeping one eye firmly closed – the industry fund model certainly comes with its own bag of tricks, with the funds’ economic clout being used to dabble perhaps in more than just investing its members money.

However politics aside, there is little evidence to suggest that any union influence, real or perceived, has had any tangible adverse impacts on investor’s returns.

Measured over ten years, industry fund returns are 14% stronger than the retail funds and a whopping 19% stronger over 15 years (refer to the table below).

There may a strong case that not being a closely woven part of the corporate landscape could lift all superannuation investor’s returns (and not just the industry fund members).

It is very difficult for investment managers to hold boards and management accountable as engaged responsible shareholders ought, when the companies they work for are a part of the corporate landscape they are supposed to be the guardian over.

In a recent interview between McKinsey’s global managing director Dominic Barton and McKinsey Principal Tim Koller, it was suggested that activist shareholders with a long-term mindset can be very good for shareholder returns and that CEOs should actually learn to embrace them, even as board members.

The list of corporate debacles from where the voice of superannuation trustees advocating for investors’ interests is missing, is a long one.

The recent spate of billion dollar resource sector writedowns are an example. They are breathtaking mainly for their sheer size rather than the response from institutional investors who seem to take it all lying down.

The industry funds have a better track record in this respect compared to their retail counterparts, including the vocal Australian Council of Superannuation Investors (ACSI) which represents 34 industry funds and manages around $400bn.

In short the previously proposed (and rejected) federal government reforms to superannuation governance that focused on compulsory independent directors, made sense in terms of a principles-based corporate governance framework.

But if all the directors are drawn from a limited pool of professional directors with other corporate interests they might not be very effective guardians of investors’ best interests.

More effective would be superannuation governance reforms focused on ensuring all superannuation trustees acted like independent, engaged long-term investors in both name and substance.

One side effect of a superannuation industry focused on short term inflows is that investment professionals do end up engaging in an awful lot of trading against each other and ultimately it comes at investors’ expense.

Low turnover by itself has been shown to add up to 0.5% to superannuation investors after tax returns.

Actually it’s the same philosophy embodied by Warren Buffett’s investment vehicle Berkshire Hathaway, where he employs 25 head office staff to manage investments with a value of around $300 billion.

Unlike many aspects of life, long-term investing is not a competition that is won one day at a time.

The superannuation investment management model is a flawed delivery vehicle and whilst there is no perfect delivery vehicle, it is doubtful if market-based solutions, for example, mechanisms to increase consumer competition between superannuation products, would be completely effective in improving its shortcomings.

Any potential superannuation changes need to address the structural moral hazard between the investor’s interests and the investment manager.

Developing a third superannuation investment option for Australians, more akin to the Future Fund, with a board of guardians who invest for the benefit of current and future generations of Australians, including long term infrastructure, might better serve Australian investors and the public interest rather than the wealth manager’s interests.