Why self-employed women are among superannuation’s biggest losers 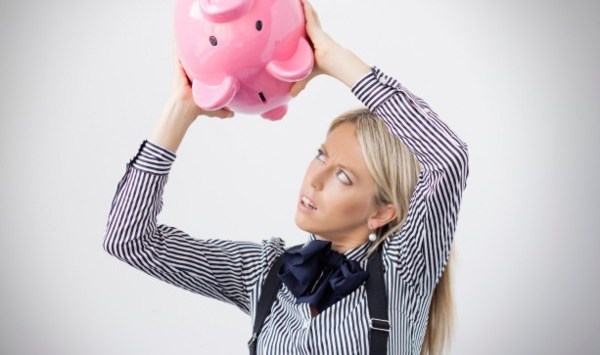 Do you have enough super saved up?

Self-employed women rank near the top of the biggest losers among Australia’s working population in terms of super savings, research by the Australian Bureau of Statistics confirms once again.

A large proportion of female owners of small and micro businesses either have no super or grossly inadequate super compared to their employees.

This research, commissioned by the Association of Superannuation Funds of Australia (ASFA), would ideally send a wakeup call to female business owners to not only save in super but to adopt smart super strategies. Yet in practice,non-compulsory super contributions are likely to remain among the first expenditures dumped when small, unincorporated business strike cash-flow difficulties from time to time.

In a paper analysing the ABS findings, ASFA’s research director Ross Clare reports that in 2011-12:

First, as Clare emphasises, super is not compulsory for the self-employed.

Second, women have lower average incomes than men and often interrupt their careers to raise families. This hinders their ability to save adequately in super – whether self-employed or employed.

Aside from saving to improve their standards of living in retirement, the potential rewards for small-business owners to save in super include:

1. Separation of business and personal assets:

Super savings enable business owners to set aside assets for both retirement and in case their enterprises fail some time in the future.

“We have all seen businesses going okay even for decades and then something happens and they fall over,” says Sue Prestney, a partner of PwC Private Clients. “And the owners of these [failed] businesses are often left with nothing.”

Prestney also makes the point that small businesses tend to have shorter life-spans today than in the past given such factors as disruptive technology. “Who would have thought 10 years ago that a little corner retail business would actually have international competitors as your customers buy whatever you are selling from overseas.

“You can’t expect that your little business will keep churning along to provide for your retirement,” Prestney adds.

One of the reasons why small business owners often fall into personal bankruptcy when a business fails is that lenders and suppliers have insisted they provide personal guarantees.

Fortunately for business owners, personal guarantees cannot be given over superannuation assets held in any type of super fund, including self-managed funds (SMSFs).

This is linked to the previous point.Super savings are generally out of the reach of creditors if individual fund members are declared bankrupt – subject to claw-back provisions in the Bankruptcy Act.

Business real estate is one of the limited types of assets that self-managed super funds are allowed to acquire from related parties including members.

And business real estate is one of the few types of assets that self-managed super funds can lease to related parties, including the members’ businesses, without a limit on its value under the in-house asset rules in superannuation law.

Significantly, business premises held in an SMSF are generally inaccessible to trustee in bankruptcy even if the business owner becomes personally bankrupt.

Concessional super contributions by a business owner are deductible and are subject to the standard 15% tax on contributions instead of standard tax rates.

During the accumulation or saving phase in super, income of a fund is taxed at 15% within the fund while capital gains are taxed at an effective 10% if an asset is held for more than 12 months.

And once fund-owned assets (including business premises) are backing the payment of a superannuation pension, fund income and capital gains are tax-free.

Some self-employed business owners may be reluctant to contribute to super because the money won’t generally be accessible until retirement, with certain exemptions. However, Prestney emphasises that transition-to-retirement pensions from a super fund provide a means for those still working to access to some super from age 55.

Prestney – who has long written the financial planning for small business chapter in the Australian Financial Planning Handbook, published by Thomson Reuters – describes super as “really a form of insurance” for small-business owners. “You are putting something aside in case your business fails” – as well as for retirement.