Why you need $2 million for your retirement 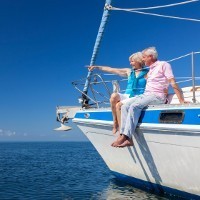 Small-to-medium business owners should look to have around $2 million in savings for their retirement, says Pitcher Partners superannuation director Brad Twentyman.

His comments follow the publication of an opinion article this morning by Jeremy Cooper, chairman of retirement income at Challenger, in The Australian Financial Review, which says $1 million is a “fair price” for an age pension but would not lead to “comfortable” retirement.

Twentyman says he agrees with this assessment and says people should look to create a capital base of two million dollars for their retirement, leading to an annual income of around $55,000 a year.

“We would be telling business owners to make their deductible contributions each year, but that’s subject to cash flow,” Twentyman told SmartCompany.

Part of the issue has to do with bond rates across the world declining rapidly in response to central banks engaging in expansionary monetary policy.

“People on fixed interest rates (are) struggling to get return rates equal to inflation (once in retirement),” he says.

People who manage their own super funds are richer, healthier and live longer than those without, according to self-managed super funds service provider Accurium.

Accurium chief executive Tracy Williams said in a statement “SMSF trustees need to be aware that many will live beyond the Australian average and ensure they have a retirement plan that could sustain them for 35 years”.

“A healthy 65-year-old SMSF couple wanting a high probability of not running out of money in retirement should use a planning horizon of age 100.”

The debate comes with the 2015 federal budget due to be handed down next month, with Assistant Treasurer Josh Frydenberg telling Fairfax the government’s “razor gang” would not make any changes to superannuation before a broader review of super by the 2016 federal election.

“There’s always a lot of talk this time of year about making contributions above the minimum super guarantee”, Twentyman says.