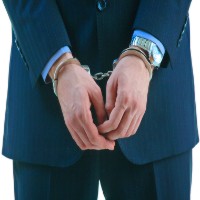 A former swimming school coordinator has pleaded not guilty to two fraud charges in a trial currently before the ACT Supreme Court.

Fairfax reports Judith McAllister is accused of adding extra, unearned hours to the timesheets of her daughter, who also worked at the Lakeside Leisure Centre, and later submitting timesheets under her daughter’s name despite her daughter no longer working at the centre.

It is alleged McAllister fraudulently obtained close to $50,000 over a five-year period.

McAllister was employed as the coordinator of the centre’s swim school in 2001 and her daughter commenced casual work at the centre under McAllister’s supervision in 2005.

Between 2006 and 2011, McAllister allegedly began to add unworked hours to her daughter’s timesheets. The extra wages were allegedly paid into the bank account of McAllister’s daughter, who gave the money to her mother in cash.

McAllister is also accused of continuing to submit timesheets under her daughter’s name after her daughter stopped working for the centre – a practice known as “ghosting” an employee. The wages from those timesheets were allegedly paid into McAllister’s own bank account.

The court heard Belgravia Leisure, the former manager of the Lakeside Leisure Centre, uncovered the alleged fraud in 2011 after a tip-off phone call prompted an investigation.

The centre is now managed by The Club Group on behalf of the ACT government. A spokesperson for The Club Group told SmartCompany the company is unable to comment on the case as it “only commenced managing the Lakeside Leisure Centre in July 2012”.

SmartCompany contacted Belgravia Leisure but did not receive a response prior to publication.

According to Fairfax, McAllister’s barrister, Anthony Williamson, told the court McAllister did add extra hours to the timesheets and took the money but he argued McAllister only did so under instruction from her boss as part of an agreement to make up for a pay rise she believed she deserved but did not receive in 2008.

“You will hear she did what she did because she had express authorisation from her boss and was acting on his instructions to do that,” Williamson told the court.

Williamson said McAllister was among a number of other employees at the centre who had this kind of arrangement with their boss, but her manager denied this was the case to police.

Andrew Morgan, forensic services partner at BDO Australia, told SmartCompany it is unusual for a fraud involving two employees in the same workplace to be uncovered.

“There seems to be collusion between the mother and daughter from the start,” Morgan says.

“Collusion can happen between multiple people in an organisation, but overwhelmingly in my experience, these sorts of fraud in small and medium size businesses will be one person acting alone, who takes advantage of some aspect of the system.”

“If the mother and daughter were acting together, there are horrible breaches of trust in that and the swimming school has been taken for an absolute ride.”

Morgan says all the research on fraud recommends segregating duties in a workplace so that conflicts of interest such as an employee being supervised by a relative do not occur. But he says small businesses do not necessarily have the size or resources to do that.

“Whoever is in charge of the governance, whether that’s the chief executive or managing director, must be absolutely aware of any potential conflict,” Morgan says.

While it is rare to see a case involving two relatives allegedly conspiring to commit fraud within a company, Morgan says small businesses that employ family members need to have an “additional overlay” of checks to eliminate any opportunity to commit fraud.