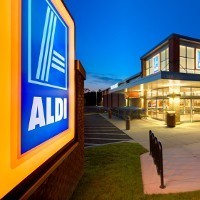 Discount supermarket chain ALDI has hit back at Wesfarmers chief executive Richard Goyder’s call for it to be more transparent about its taxation.

“I think someone should go and have a good look at how much tax ALDI pays in this country because I suspect they’re very profitable,” Goyder told the American Chamber of Commerce in Australia in Melbourne yesterday.

But ALDI hit back today, saying it refutes any and all claims it is not compliant with Australian taxation regulations.

“Recent suggestions by one of ALDI Australia’s major competitors that ALDI may not be paying its fair share of tax are misinformed and factually incorrect,” a spokesperson for ALDI said in statement provided to SmartCompany.

“ALDI has established an independent operation in the Australian market and meets all of the taxation requirements of state and federal governments.”

ALDI’s average corporate tax rate for the last three years was almost 31% of net profit and in 2013 it paid $81.6 million.

The spokesperson for ALDI said the supermarket chain will comply with new requirements from October 2015, when the Australian Tax Office will require all businesses with revenues of over $100 million to lodge information on total income, taxable income and income tax payable.