ATO boss hits out at tech giant’s profit-shifting evidence: “We do not accept all these statements at face value” 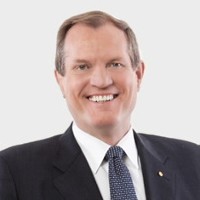 Tax Commissioner Chris Jordan has warned the Senate inquiry on corporate tax avoidance not to take evidence provided by the world’s biggest tech companies regarding their tax practices in Australia on face value.

While the Australian Tax Office is unable to reveal the amount of tax companies pay within Australia, Jordan had previously signalled he would hold large corporates to account if they gave misleading evidence to the parliamentary inquiry.

In his opening remarks to the Senate yesterday, seen by SmartCompany, Jordan suggested the evidence on profit-shifting given earlier this month from tech titans Google, Apple and Microsoft, as well as local mining giants Rio Tinto and BHP Billiton, did not reflect the reality.

“The committee has received assurances from many of the large corporates that their activity is not profit-shifting, but they have confirmed that they are under audit,” said Jordan.

“We do not accept all these statements at face value. We would assert that this is the point of the audits that we are undertaking – to determine whether aggressive tax planning is taking place.”

While Jordan did not explicitly accuse Google and others of providing false evidence to the inquiry, he did call out some of the statements made by each company.

In regard to Google, Jordan highlighted the search giant’s admission its Australian revenue from advertising is booked in Singapore and therefore tax is paid in Singapore.

“Whilst it is true that some tax is paid in Singapore, we believe it is a very small amount, as the revenue booked in Singapore is moved to a tax haven, Bermuda, through a series of licensing fee payments,” said Jordan.

“This means the majority of profits made in Australia end up in Bermuda where no tax is paid.”

After his opening address,Jordan was asked by Greens Senator Christine Milne if it was in dispute that the technology companies were actually paying any tax in Singapore, or were in fact profit-shifting through to no-tax nations, reports Fairfax.

“They may be paying a small amount of tax in Singapore at the margin, but at a high level, what you’ve said is correct,” Jordan said in reply.

David McKellar, tax expert and director of accounting firm Allied Business Accountants, told SmartCompany it is not uncommon for the ATO to make public statements regarding tax issues in the public interest.

“Particularly at the big end of town, it does happen when the issue is of community interest,” says McKellar.

“It’s more about them subtly telling big companies this is an issue on their radar.”

And McKellar says the warning will not go unnoticed by Google and others, as political heat and public opinion rises in the light of the current tax debate.

“They’ll definitely be looking at it and keeping a very close eye on it,” he says.

“It seems a lot of them are making a bit of an effort now [to book local revenue]. They don’t want to be seen to be moving all their profits offshore,” he adds.

SmartCompany contacted Google but did not receive a response prior to publication.