ATO clamps down on SMEs: 600 business and individuals to be reviewed this year 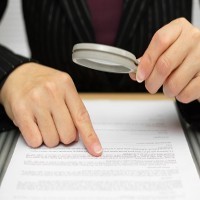 The tax affairs of hundreds of SMEs will be reviewed by the Australian Tax Office this financial year, as the ATO ramps up its efforts to recover what it believes could be a $3 billion shortfall due to  tax evasion and misreporting.

And if the tax office identifies concerns, the reviews could be escalated to audits.

The ATO confirmed to SmartCompany this morning it will commence reviews of 600 SMEs and individual taxpayers in the 2015-16 financial year, with the reviews to be conducted using data already held by the tax office.

A spokesperson for the ATO said the sample of 600 taxpayers will be made up of 300 small and medium businesses and 300 individual taxpayers.

However, the spokesperson said the ATO will not be conducting random audits, in response to a Fairfax report today that said a “handful” of the 600 taxpayers will be subject to random audits, which could include letters and phone calls from the ATO but not door knocks.

“Only in instances where we identify strong reasons to believe the taxpayer has not complied with their tax obligations, would the taxpayer be escalated to audit,” a spokesperson for the ATO told SmartCompany.

“We expect that number to be less than 50 in total.”

However, the ATO did confirm to Fairfax high-wealth individuals and large companies will not be subject to the random audits.

The clamp down follows the release of the ATO’s 2014-15 annual report, which showed the tax office wrote off $2.6 billion in tax liabilities for big businesses across the country last year as it sought to settle disputes instead of pursuing costly legal battles to recover the amounts owed.

The tax office had expected to recover $5.6 billion from large businesses in the 2014-15 financial year, but the tax office settled on a figure of $2.9 billion instead.

During the same period, the ATO recovered more than $295 million from small businesses, compared to a pre-settlement target of $447 million.

Tax Commissioner Chris Jordan said before the federal parliament’s Standing Committee on Tax and Revenue last year that random tax audits could be expensive and may upset those businesses and individuals who meet their tax obligations.

“It is a live issue and one that has been holding us back a little bit as to whether it is worth doing,” Jordan said at the time.