ATO flexes muscles to claw back $8 million from phoenix companies 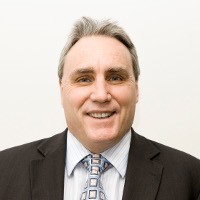 The ATO announced this week it has taken advantage of its powers under the Superannuation Guarantee Estimate, which allows the Tax Office to step in where there is likely phoenix activity to protect workers’ super entitlements before companies try to liquidate and avoid their responsibilities.

Under the powers, which have been available to the ATO since June 2012, the Tax Office can issue director penalty notices which make directors personally liable for the company’s unpaid superannuation obligations.

In a statement, ATO deputy commissioner Michael Cranston said the ATO has used its “new” powers to focus on labour-hire companies in South Australia and Victoria.

The network of companies provided labour-hire services such as seasonal fruit picking and meat packing and had been failing to pay workers their superannuation entitlements.

“Phoenix operators cheat their workers and undercut honest business. Tackling the behaviour is a key focus for the ATO,” Cranston says.

“We expect to use these powers more frequently against phoenix operators.”

Cranston said the SGE powers allow the ATO to raise liabilities against companies who fail to disclose details about their employees.

The ATO can deal with this type of Phoenix behaviour in real-time, by making a reasonable estimate of a company’s superannuation obligations, and raising a debt on the company or its directors before the company can be put into liquidation.

Cliff Sanderson of Dissolve told SmartCompany there is a lot of confusion around phoenix companies.

“They are not new powers, the ATO has had them since 2012 but has been using them sparingly,” he says.

“I’d estimate there are thousands of cases a year where the ATO could use these powers but it has only done so in half a dozen.”

Sanderson says the ATO should use its powers under the SGE more often.

But he cautions the example of labour hire companies used by the ATO is not actually a phoenix company.

“[The ATO] confuse things by putting this phoenix moniker on everything that sounds evil to them,” he says.