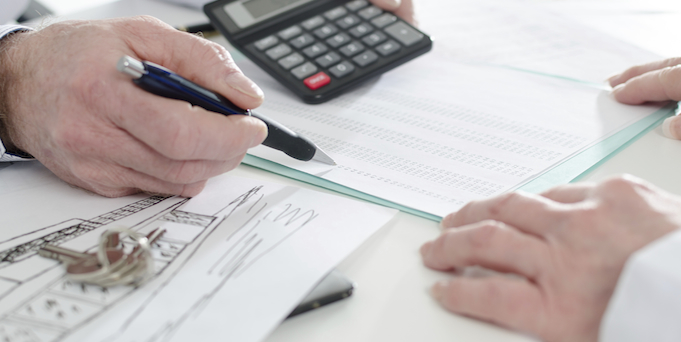 Insolvency experts say small businesses are “doing it tough”, but that won’t stop the tax office and government bodies from stepping in to apply for company wind-up orders as the Australian Taxation Office continues its more aggressive pursuit of businesses.

Figures collated from court insolvency records by Prushka Fast Debt Recovery suggest that 46% of wind-up order applications in insolvency cases between November 2016 and June 2017 came from the ATO, while 19% came from other government sources.

Combined, 65% of liquidations that resulted from wind-up actions over the past six months involved a government body or the tax office, according to Prushka’s collated statistics.

Prushka chief executive Roger Mendelson said in a statement the figures show the tax office will still “come down hard on anyone consciously avoiding paying” their obligations, and highlight the importance of operators making sure information in their business activity statements meet compliance requirements.

Insolvency expert and partner at Jamieson Louttit and Associates Jamieson Louttit says when you look at month-by-month data of all wind-up applications, it’s government bodies that tend to be the leading instigators.

So far this August, the ATO has made 142 applications to wind up companies, according to Louttit’s tracking of insolvency data, compared with 165 applications from other government bodies.

In August of 2016, the tax office applied to wind-up 257 companies, while there were 300 applications from government bodies.

While the available statistics in this area have only been tracked since 2012, Louttit says there is no doubt the tax office is maintaining the aggression it has developed when pursuing companies in recent years, and it is continuing to intervene sooner rather than later.

“I think there’s indication of the ATO getting tougher,” Louttit says, explaining that there are peaks in activity in months like July each year, which can be explained in part by both the government’s need to recoup revenue at this time and the budgetary pressures that businesses feel.

“I think small businesses are doing it tough. There are parts of Australia that are doing really, really well, and the eastern seaboard is doing really well … but there are stress points,” Louttit says.

In 2016, insolvency experts commented on the range of vulnerabilities that exist in the Australian SME space, reflecting on an increase in total insolvencies in the 2015-16 financial year.

At the time, Worrells Insolvency partners said that while there was a sense action on wind-up applications had dropped back in 2016, compared with 2015, the aggressive tone of the ATO’s approach remained.

The ATO has previously told SmartCompany that while the preference is to help companies address their tax debts in the first instance, it is prepared to move in on companies that don’t address unpaid debts in due time.

“For the minority of companies that don’t promptly address their tax debt, we take timely stronger action. This can include wind-up proceedings,” a spokesperson says.

Meanwhile, the tax office has signalled a stronger focus on the reporting obligations of big companies, confirming it will be extending the Reportable Tax Position Schedule (RTPS) to the top 1000 companies in Australia, based on annual revenues.

The Australian reports Australian businesses with annual turnover of $250 million or more have been notified by the tax office of new disclosure obligations that will compel them to tell the ATO if there is a potential element of their tax position that could be considered contentious.

The scheme allows the country’s biggest companies to inform the office of potentially contentious arrangements, and explain these, prior to filing their company return.

“The RTPS helps us to identify those large companies which are taking aggressive and contentious tax positions so that we can better target our resources at ensuring those companies are paying the right amount of tax,” an ATO spokesperson said in a statement to SmartCompany this morning.

The tax office confirmed that the move will not apply to those in the SME sector, but tax professionals say the expansion of the program is a big change in the way the ATO approaches reporting.

BDO senior tax partner Tony Sloan told The Australian the move is a “serious escalation” that could mean the office looks to apply the scheme to companies with lower and lower turnover in the future.

To be fair if Taxes aren’t being paid, few others are either. The Tax department acts only because others haven’t done so previously and because they can.

Time for a reality check, I think. We need to look at why most wind ups are being initiated by the ATO. Is the problem really being caused by small business owners?
My premise is that it that the root of the problem is because the ATO has placed the burden of tax collection onto small business. When the small business runs into cash flow issues, it is the money that they have collected for the ATO that gets caught up in trying to manage their funds. If they didn’t have the job of unpaid tax collector and ATO whipping boy, then their bank accounts wouldn’t be full of money that “belongs” to the ATO. If small businesses did not have to act as unpaid tax collectors, they would have more time to focus on their business, and the ATO could focus on more productive pursuits.
Perhaps the ATO could reorganize itself to collect their own taxes from the people and businesses that actually owe the money. They could, for example, create a structure to collect GST without passing the burden on to small business owners. They could even utilize the staff that are currently employed to beat up and harass small business owners, to do this. Instead of spending their time and money feeding the liquidators they could try to fix the problems that they are causing.

Know the tax department is serious about their pound of flesh only when legislators clamp down on builders operating $2 companies, raising funds via funky Trusts with worthless company guarantees and then not paying the tradies whom they accumulate and then sequentially seek a DOCA where the builders and his lackeys hold all the voting shares. Nothing till then is other than pissing in the foul wind.