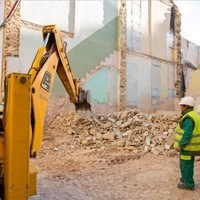 Bastemeyers is a Queensland-based business which has been established for over 30 years.

Around $2 million is owing, with the ATO owed $1.4 million as the largest creditor.

Bettles says the administration has been brought about following action by the ATO.

“The ATO seems to be taking action against the director and issued a directors penalty notice,” he says.

Bettles says the majority of the remaining creditors are trade creditors.

Bastemeyer Group ceased trading on 24 July 2015 before the administrators were appointed.

Bettles says more details will come to light as the administrators investigate further.

“It’s only fairly early on in our appointment,” he says.

A first meeting of creditors will be held on 17 August.

SmartCompany contacted John Bastemeyer but did not get a response prior to publication.