ATO tries a new tack in its compliance message 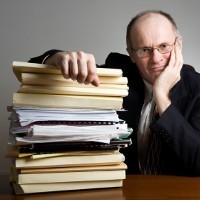 For the tax and superannuation systems to work, the Australian Tax Office says it needs the community’s confidence that they are fair for everyone. So the ATO says it tries to make it easy for the people who do the right thing, and focus its compliance activities on the small minority who do not.

The Tax Office considers the tax and superannuation systems should be designed and operated for the majority of people who do the right thing.

For the majority of taxpayers who meet their obligations, the ATO says it aims to intervene as little as possible. “We want to provide high-quality, timely and contemporary services, reduce the cost of compliance and make it easy for people to deal with us.”

With this in mind, the ATO recently released what it said was its new approach to building confidence in the tax and super systems.

In releasing Building confidence to replace the previous Compliance Program and Compliance in Focus annual publications, the ATO said that for tax and super systems to work, it needs the “community’s confidence and trust” in its administration. The ATO said it had incorporated many suggestions received during various consultative forums and sessions and had addressed some of the risks raised in the ATO taking an intentionally different approach.

The Building confidence webpage on the ATO website provides community stakeholders with a central location to access information on the revenue risks the ATO is seeing, the activities it is undertaking, and the results the ATO is getting. The ATO said the product compliments the ATO corporate plan 2014-18 and will be updated throughout the year.

As far as individuals are concerned, the ATO says it is improving the taxpayer experience by providing the ability to view, lodge, vary and pay activity statements online for all individuals, including those in business, by July 2015.

Claims and deductions of interest

In particular, the ATO will pay attention to work-related expense claims, especially overnight travel, motor vehicle expenses for travelling between home and work, and the work-related proportion of use for computers, phones and other electronic devices. The ATO will also pay attention to rental property expenses such as – excessive deductions being claimed for holiday homes, husbands and wives inappropriately splitting rental income and deductions for jointly owned properties, and interest deductions being claimed for the private proportion of loans.

The ATO says it has introduced more sophisticated models to better identify work-related expense claims and rental transactions that don’t look right. This typically involves identifying claims that are significantly higher than those claimed by people with similar characteristics, such as similar occupations, employment income and residential locations.

For SMEs, the ATO says it wants to make reporting and lodging easier by using “natural business systems”. The ATO says it sees failure to report income and over-claiming of concessions across the small-to-medium part of the spectrum. This ranges from small businesses attempting to hide income and operate in the hidden or cash economy, to companies inappropriately seeking CGT concessions available to business. It says it will use data-matching to identify non-compliance. Claims for fuel tax credits will also be closely monitored.

The ATO said it is also developing an online personal services income tool that will make it easier for contractors and consultants to correctly complete their tax returns.

The ATO will continue to use the small business benchmarks it has developed to help SMEs compare their performance against similar businesses in their industry. The ATO uses these to identify businesses that may not be reporting some or all of their income.

GST registration is another area where the ATO is active. The ATO says it routinely reviews individuals and businesses registered for GST and cancel their registration if they are not carrying on a business and are not entitled to be registered.

Also, the ATO says it continually finds enterprises that fail to meet their GST obligations for real property transactions. The ATO sees incorrect reporting of sales, acquisitions and input tax credits, and failure to lodge BASs. The ATO will also continue to focus on property developers who deliberately disengage from the tax system at the point of sale.

The ATO will investigate employers when employees notify it that they may not have received their full Super Guarantee entitlements. Additionally, the ATO will check that employers are meeting their SG obligations when undertaking PAYG compliance reviews.

In the cash and hidden economy, the ATO is focusing on operators in the building and construction industry, and the restaurant, cafe and takeaway industry that it says are not operating fairly.

Employee v contractor issues continue to be of concern. The ATO says it is still seeing situations where employers incorrectly treat workers as contractors rather than employees.

Regarding FBT, the ATO uses third-party information to identify employers that may have an FBT obligation, such as car fringe benefits, but are not in the FBT system. The ATO says it has found that in many cases, employers have simply failed to recognise and correctly report their FBT obligations. The ATO will work with these employers to remedy the situation. However, it notes that firm action will be taken where employers have deliberately sought to avoid their obligations.

Superannuation guarantee rates have increased. The ATO says it will be monitoring employers to ensure they are paying the correct amounts of super into their employees’ funds. Where appropriate, the ATO will use the director penalty regime to make directors personally liable for their company’s outstanding super guarantee charge liabilities.

The above is not an exhaustive list, but clearly indicates areas the ATO will closely examine. The Building confidence webpage on the ATO website should become a useful resource for SMEs to monitor potential tax risk areas that may affect them. It also contains details of a new small business newsroom the ATO has established and of help the ATO can offer SMEs, including after hours.