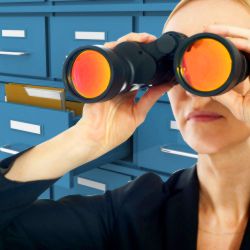 The Australian Tax Office could do more when it comes to recovering unpaid tax by wealthy taxpayers, according to a report published yesterday by the national audit office.

The Australian National Audit Office’s Managing Compliance of High Wealth Individuals report found while the ATO has specifically targeted the tax compliance of high-wealth individuals since 1996, recovering more than $3 billion in tax from the close to 2600 individuals across Australia who fall into the high-wealth category, as well as a further 3700 people who potentially fit the criteria, refining the tools it uses to recover tax from these individuals could lead to better results.

High-wealth individuals are defined as those who, together with associates, control net wealth of $30 million or more, with the audit office estimated these individuals currently control $500 billion of the country’s wealth, and paid tax of $1.4 billion in 2011-12.

Between the years 2009 and 2013, the audit office found 90% of the cash collected by the ATO from high-wealth individuals was from just 12% of its audits and 5% was from its comprehensive risk reviews.

The majority of the audits (70%) and reviews (84%) yielded no financial outcome for the ATO.

To address the “perception among the wider population that the rich may not always pay their fair share of tax”, the audit office has recommended the tax office improve the reliability of its Risk Differentiation Framework for assessing wealthy individuals at the most risk of not complying with their tax obligations.

The tax office should also focus on the return on investment of compliance activities based on how much cash is collected, as opposed to the size of the liabilities raised, said the audit office.

However, the regulator recognised it is a difficult area of tax collection as the business arrangements of people and companies which control this kind of wealth are complex. Wealth is often “spread across a group of closely-held companies and trusts, each of which is generally a separate taxpayer entity”, said the audit office, and wealthy individuals also often “maintain expensive lifestyles without relying on income in a conventional taxable form,” said the office.

“These taxpayers are often well-equipped to take on the ATO so it makes sense to focus on early stages of interactions with these taxpayers,” says Wickramasuriya.

Wickramasuriya also commended the audit office’s recommendation to focus on the cash collected, rather than the potential liabilities.

“It’s key that the ATO gets bang for its buck for its compliance activities,” she says.

However, Wickramasuriya believes the ATO has recognised more can be done to recover taxes owed by wealthy individuals, pointing to the tax office’s recent more to introduce a new offshore voluntary disclosure initiative.