Aussie SMEs lose out on almost $2000 in unclaimed taxes each year: study 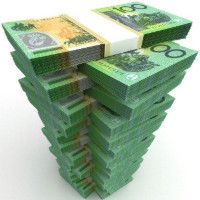 Australian SMEs are putting themselves out of pocket by letting an estimated $1981 in tax deductions slip through their fingers, according to research published this month.

The study, commissioned by Officeworks and conducted by Lonergran, surveyed 1023 Australian SME owners and key decision-makers of businesses with fewer than 200 employees in the lead up to the end of this financial year.

One in three respondents said they did not always keep invoices or work-related receipts for reasons of tax deduction, while just over half of the respondents indicated they were not aware that superannuation (54%) and wages paid to employees (51%) were tax claims they could make to boost their returns.

Among those who failed to keep full records of receipts, SME owners estimated they were losing out on an average of $1981 in tax savings from these misplaced receipts and invoices.

SMEs operating in the inner-city ($2477) were found to be hit harder by their tax mistakes, compared to those operating in regional areas ($699).

The study also found younger SME owners aged 18-24 ($1204) were more organised than older operators aged 35-49 ($3122) and because of this reaped greater benefits in terms of tax savings.

More than half of SME owners surveyed (54%) reported they were not aware of the government’s proposed changes to instant asset write-offs, while 43% said they were aware something had changed but did not understand the details.

Paul Drum, head of policy at CPA Australia, told SmartCompany most Australians go to a tax agent to get their tax returns done, but the ones who don’t might not be proactive enough to self-manage their year-end tax planning.

“If you just fall over the line, there is no one to blame but yourself,” says Drum.

Drum says there are a number of decisions SME operators can plan and act on and he recommends that these decisions should be taken in counsel with a professional.

“There is some flexibility on transactions about when you need to bring the income into account and you need to think about that. That will determine which year it is taxable in and if you’re trying to minimise your tax for that year, you would be trying to defer the income to the next year,” he says.

“But it is a gamble because the gain might not be there if you choose to defer, that’s why it is recommended to seek personal advice.”

In terms of bringing forward expenses, Drum says this is also a good way to get your tax bill down, along with considering paying employee superannuation contributions because they are tax deductable.

“Things like consumables, pens, pencils, stationery, etc, and certain service agreements (gardeners, cleaners) you can bring forward up to 12 months in advance by outlaying the full costs in this financial year and it reduces your tax this year through deductions,” says Drum.

“For those in SME, they should make sure they are max their superannuation contributions. If you are under 60 you can put in $25,000 a year and that is a tax deduction for the business and if you’re 60 or older it is $35,000.”