Australian businesses: Prepare to be slugged with GST on Google AdWords accounts from November 1 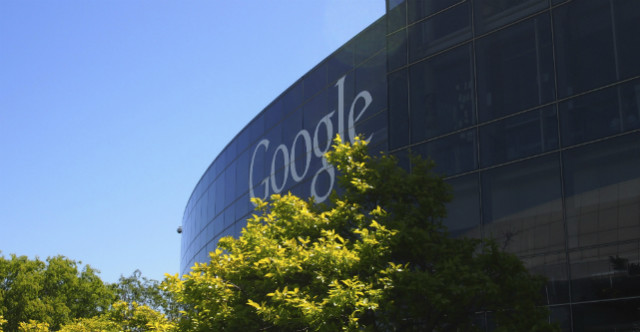 Australian Google AdWords customers are preparing to be hit with the goods and services tax (GST) for the first time after Google sent emails to account holders on Tuesday to give notice that their accounts will be billed through Google Australia from November 1.

The change comes more than 18 months after then Communications Minister Malcolm Turnbull started the push for multinationals to pay GST on advertising booked through Australia.

“The Australian media industry is under enormous pressure from online platforms – notably Google and Facebook,” he told SmartCompany in a statement in March 2015.

The email customers received yesterday was signed off by SG Google Asia Pacific, the Singapore arm of Google that SmartCompany understands Australian AdWords accounts have been billed through up until now.

“With effect from 1 November 2016, SG is assigning your advertising contract, including any amendments and related agreements (such as Service Agreements), to Google Australia Pty Ltd,” the note reads.

“Google Australia Pty Ltd is required by law to charge 10% GST (Goods and Service Tax) on its services so you will see this appear as a new line item on your monthly statement from 1 November 2016.”

Email to a customer from Google about the change. Source: Supplied.

The change comes with a new set of terms and conditions for AdWords, which will come into effect from November 1.

This morning customers with GSuite business accounts also received notifications from Google that their services would soon attract GST. GSuite accounts give users access to a range of Google cloud products including email archiving, file storage and access to Google Vault. The email notification, seen by SmartCompany, was also signed off from SG Google Asia Pacific.

Several businesses contacted SmartCompany on Tuesday, with some frustrated by the sudden change after years of unchanged ad terms from Google.

“It’s been a remarkably consistent program, I think the larger advertisers would say that as well,” says Rod Cuthbert, chief executive of trip planning app Rome2Rio.

“I guess one way of looking at this is that there’s been tons of pressure on Google to pay more tax, and this is part of the reaction to that pressure. Which is sort of odd, because it’s advertisers like us who are going to be paying the tax in this case, not Google,” he told SmartCompany.

Other business owners believe that companies will have to use the AdWords product, and the lack of other options means they will stick with the brand regardless.

“I don’t think there is any impact on Aussie businesses. We’ll keep on using AdWords. We need the service and there aren’t many/any alternatives out there,” says entrepreneur and iUFlow chief executive Gil Hidas.

“Google will probably keep on utilising their “complex tax arrangements”, however, we’ll see some clarity with the amount of GST revenue comes to the ATO from the “giants”,” Hidas told SmartCompany.

“Hopefully, company income tax from the giants will increase.”

The cost of Google AdWords campaigns has always been an important topic to small business owners, and there is a whole industry of marketing and advertising professionals that work with businesses to use AdWords successfully, particularly as the cost-per-click of popular keywords continues to rise.

At tax time, accountants regularly remind Australian businesses that they do not pay GST on services like AdWords and to keep this in mind when filing returns.

While business owners appear bemused by the GST change, none of the operators SmartCompany spoke to said it would affect the way they use the service.

However, one SME owner suggested that some will already be looking for loopholes to allow them to set up new AdWords accounts to appear as though they are based overseas in order to be charged in a country that doesn’t require the payment of GST.

SmartCompany contacted Google Australia but the company declined to comment.

If you’re an Australian business registered for GST what have you got to lose, you can claim it back anyway. Apart from a micro business that doesn’t pay/claim GST the financial impact is zero. Why would you try to set up an account overseas to avoid paying something that you can claim back?

Absolutely @Wayne – any Australian business registered for GST will not see any change to their bottom line or cost base for using Google Adwords. The GST credit will be claimed when the BAS is lodged with the ATO. The great benefit is that Google will now be contributing to the Australian economy.

So how is Google contributing directly to the economy??? All it’s now doing is collecting the tax from the end consumer. Result – no extra tax paid by Google, just more tax paid by consumers!

Hi Splinters. Not exactly. Google will have to remit the GST collected to the Aus govt. Most Adwords customers are gst registered businesses who will be able to claim back the gst paid to Google. But this might affect some individuals or businesses not registered for gst.

Hi Andrew. As I said, the only ones who pay GST are the end consumers, i.e. those who are ineligible to claim it back via BAS. Google won’t absorb the GST into its current charges, it will just add it on. So Google itself contributes nothing to the Australian economy. It’s the poor old end consumer who is contributing. And don’t forget that it isn’t just AdWords that is subject to GST. Everything Google sells to the Australian consumer will have GST added.

Does this mean no more international transaction fees?

Hi Tim. Can you elaborate? Are you being charged international transaction fees by your bank when paying Adwords invoices?

Cassandra and Wayne are spot on.

GST is a consumption tax (as in ‘consumer’). The overwhelming majority of google advertising is by businesses registered for GST. If the GST is say $100 on $1000 advertising, the business receives a credit input (offset) on their GST liability of $100. Google pays $100 to the ATO for GST collected. Nett difference to the Australian economy: ZERO.

Australian businesses are not ‘to be slugged’ as the screaming and grossly misleading headline suggests. Poor journalism.

Agree, misleading drivel without the faintest understanding of Business or GST

This article is both misleading and pointless fear-mongering. I would have thought Smart Company writers would have a basic understanding of small business tax laws and gst… let alone a senior editor. Sorry Emma. As many have already pointed out, the financial impact of Google charging GST will be zero (for most). This will only impact individuals or businesses not registered for gst.