Budget 2015: Big fat fines for tax avoidance will not apply to SMEs 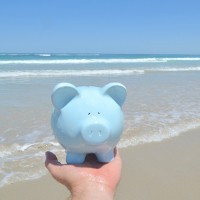 Small businesses will not be subjected to punitive tax avoidance measures to be outlined in the budget tonight, Treasurer Joe Hockey has revealed.

In a budget eve press conference in Canberra, Hockey said addressing corporate tax avoidance would be a key priority of the 2015 federal budget.

Tonight, legislation will be revealed that sees far greater penalties for companies who illegally use artificial tax arrangements to avoid taxes in Australia. Under new measures, they will be fined a penalty equal to the amount of tax avoided, plus interest, as well as being forced to repay taxes owed.

But the new punitive measures will not apply for businesses with global revenues of less than $1 billion. This means, the Treasurer’s office wrote in its briefing, that SMEs will not be caught.

The new measures will see Australia adopt the most punitive tax avoidance regime in the world, Hockey said yesterday. “We’ve been working on this for more than a year. Our penalties for diverted profits will go further than the UK.”

However, he stressed, the new law will not amount to a new tax, or a change in the tax code. It will merely increase the penalty on behaviour that is already illegal.

Hockey said the new penalties showed Australia was taking the lead on the issue. “This legislation is the first of its kind in the world,” he said.

The legislation will not apply retroactively, and despite repeated questioning yesterday, Hockey would not reveal what revenues, if any, the government expected to raise through the measure. “This isn’t about raising revenues, and I’m not putting a number on it,” he said.

But making sure multinational organisations paid their tax in the future, he said, had the potential to reduce the tax burden on Australian businesses and citizens.

Hockey also announced the government would add GST to digital downloads, which is expected to raise $350 million for the states over four years.