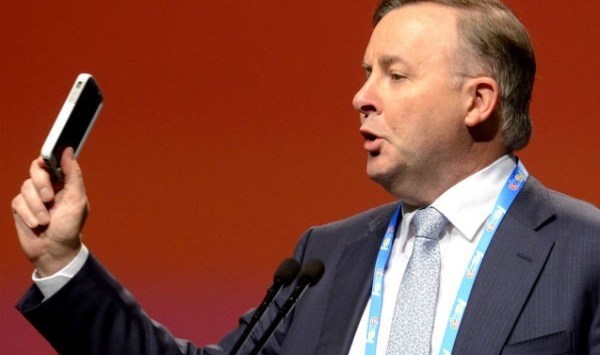 Labor has backed an idea to introduce the ‘Buffett rule’ to charge a minimum rate of tax on high income earners.

Under the proposal, anybody earning over $300,000 would be subject to a minimum tax rate of 35c in the dollar.

Frontbencher Anthony Albanese outlined the proposal at the ALP’s National Conference in Melbourne on Friday, with Fairfax reporting he told the conference it was a “disgrace” that 75 Australians who earned more than a million a year in 2011-2012 paid no tax at all.

The proposal was adopted unopposed at the conference.

The ‘Buffett rule’ is named after US billionaire Warren Buffett, who famously said he shouldn’t be paying a lower tax rate than his secretary.

Labor’s push follows a research paper released in April this year by The Australia Institute, which proposed placing a minimum rate on the top earning 1% of Australians.

Senior economist Matt Grudnoff previously told SmartCompany would mean the federal government could raise about $2.5 billion per year which could contribute to reducing the budget deficit.

Mark Molesworth, tax partner at BDO Australia, told SmartCompany this morning it was important to note the figures outlined by The Australia Institute paper referred to gross income, not net income.

“What I think gets missed in commentary is that minimum 35% tax rate is applying to their gross income not their net income,” he says.

His concern with the paper is that it doesn’t take into account small to medium sized businesses who arranged themselves as sole traders.

Molesworth says a sole trader turning over half a million a year might still only have a net income of $100,000 a year.

“This proposal would propose to charge them 35% on $500,000 despite all deductions legitimately incurred by running a business,” he says.

He says for a sole trader it could “quite considerably” increase their tax bill.

“Thirty-five per cent of half a million is over $150,000, that’s more than their net profit – that seems outrageous.”

Molesworth says it would be “interesting” to see more detail on the data used for the policy paper which talked about the 75 Australians who earned more than a million but paid zero tax.

“I will accept there will be some on very high incomes aggressively trying to minimise tax but I would also ask everyone to think about business owners running a business in their own name and the effect this proposal would have on them,” Molesworth says.

He says there was also a problem with putting official emphasis on committing to aspects of tax reform before Australia had had a discussion about the “entirety of the issue”.

“Going the whole hog and saying this is one measure we are going to do or not do, does not help tax reform,” he says.