Can the ATO reinvent itself? The push for a more “user-friendly” tax agency 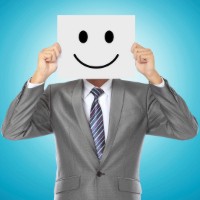 Despite what you may think, that is not a rhetorical question.

The Australian Tax Office is a large federal government agency that comprises about 15% of the Australian Public Service, and has around 24,000 people in more than 60 locations around Australia. It’s a large organisation by any measure. Reinventing any entity that large is no mean feat – and it won’t happen quickly.

Some may question why a country of 23 million people needs a tax agency that large. Well, our tax system is complex (way too much so), and the ATO has many taxes to administer. However, while the size itself of the ATO is one thing, how it operates is a whole other issue.

Tax Commissioner Chris Jordan is looking at how the ATO can reinvent itself to make it simpler and easier for people to comply with their tax obligations and to make the ATO a more responsive and “user-friendly” agency. These are not platitudes from the Commissioner; he means it.

In a recent speech, the Commissioner said that with the Coalition government’s “open for business” mantra, the push for productivity increases and de-regulation, the ATO must be able to show improvements in efficiency and reductions in red tape. Jordan said he has promised government he will do everything he can “to improve the tax and super experience in Australia – making it simpler and easier to comply”. He said he has also promised to change the culture of the ATO and is required to report back to the Assistant Treasurer regularly on that front.

The Commissioner said that building trust in tax administrations was critical to the success of tax systems.

Jordan said that when he was asked to take on the role, he was aware of feedback that despite best intentions, the ATO had become isolated from some of its key stakeholders and segments of the community. Jordan said he knew that trust and confidence needed to be lifted and he was asked to work on relationships with government, other agencies, and, SMEs will be glad to hear, the business community.

The Commissioner said his “fundamental belief is that in order to deliver to government, the ATO must use its power legitimately, build trust in its judgment and demonstrate fairness and integrity”. He said the ATO has to design and operate a system for the majority of taxpayers who do the right thing, rather than for the few who don’t [Commissioner’s emphasis]. Jordan said the ATO was asking itself “how do we design the system so that it suits the 95%, rather than a system designed for 5%?”

The Commissioner said the ATO’s answer to this complex situation is to reinvent itself, transform how it goes about its core business, and make it a contemporary and service-oriented organisation. He acknowledged that reinventing the ATO is a long-term journey — recognising that building trust in a tax administration is not a simple or quick effort.

Jordan said the ATO has to build on the positives of its culture like commitment to its role, to service and taxpayers, integrity and ethics, but, in a frank assessment, he said the ATO also has to “acknowledge the negative aspects of our culture like risk aversion, righteousness, silo mentality and bureaucracy”. SMEs and their advisers would certainly agree.

Jordan said the ATO’s approach to accountability needs to change – “to be simpler, clearer and connected to reward and consequence”. He said the ATO’s measures “have to include views from others and be related to effectiveness and outcomes…We must put a much greater emphasis on how others judge our performance.”

Integrity is about character, Jordan said. In terms of the ATO and the tax system, he said  it is about doing the right things consistently by all of the ATO’s stakeholders (e.g. government, business, taxpayers generally) — “safeguarding and future-proofing the system on behalf of the Australian community and dealing with taxpayers in a way that is fair and right in the long run”.

The Commissioner said these thoughts have helped shape the ATO’s strategic directions.