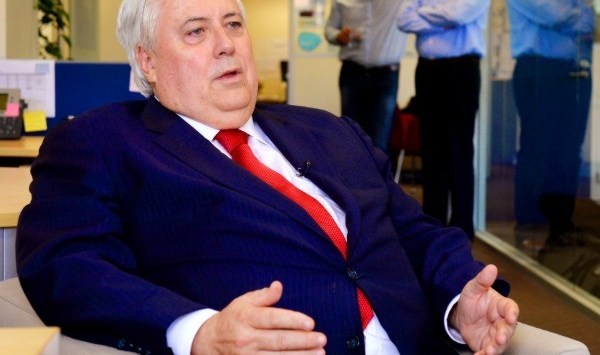 Queensland’s Palmer United Party launched its election bid on the weekend, attempting to lure the business vote with the promise of abolishing payroll tax.

PUP’s Queensland leader John Bjelke-Petersen, son of former Queensland premier Joh Bjelke-Petersen, revealed the policy as a major part of the party’s platform on Sunday morning at party leader Clive Palmer’s Coolum resort. Palmer himself was absent due to the flu.

Bjelke-Petersen said the removal of the tax, which imposes a 4.75% levy on Queensland businesses paying more than $1.1 million a year in wages, was designed to revive the state’s failing economy and make it once again the most prosperous state in Australia.

“Queensland has become a less favourable destination for business and our economic growth has suffered as a consequence,” said Bjelke-Petersen.

“The failures of the Beattie and Bligh Labor governments and now the Newman LNP government had shut the doors on economic activity in Queensland.”

The policy outshines that of premier Campbell Newman, who last week pledged to reduce payroll tax by lifting the threshold from $1.1 million to $1.4 million by 2017.

Bjelke-Petersen said, if elected, the PUP will make it a priority to dump the “highly inefficient and damaging” tax altogether.

“The abolishment of this tax will see more businesses move here and head offices creating a distinct business advantage and this will translate into economic growth and restoration of business confidence,” he said.

The party’s platform also includes tax breaks for people to move to the region, prioritising regional development and reinstating the upper house in the state.

“There are many instances recounted of businesses limiting employment to prevent the payroll tax applying,” says Alexander.

“And, in an economy where unemployment is increasing, or at least not decreasing, various studies have shown that the abolition of payroll tax would allow creation of tens of thousands of jobs.”

Alexander says another issue is that, unlike most business taxes, payroll tax is not calculated by reference to profit or revenue.

“By basing it on labour it does not take into account the capacity of businesses to pay,” says Alexander.

He says the complexity of the tax is an additional burden to small businesses, because it is levied separately by each of the states and territories.

“Even though there has been a process of harmonising the tax, there are still inconsistencies in rates, thresholds and administration.  It is, therefore, a time-consuming tax to keep on top of, let alone get right.”

Peter Strong, executive director of the Council of Small Business of Australia, told SmartCompany he agrees payroll tax inhibits the growth of a business.

“The businesses this [policy] will appeal to the most are the ones who want to grow,” Strong says.

“What happens is, you reach a certain level and you go to put on more staff and all of a sudden your costs shoot up.”

But Strong says the biggest winners to any abolition of the tax will be big business.

“We support [the removal of the tax], but small business is really looking for reform to things like competition policy and contract law. We’d really like to see [Palmer] on those bigger issues for small business. I think this is more something for his big-end of town mates,” he says.