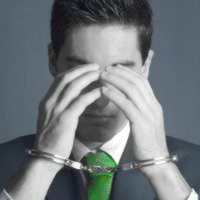 Small business owners and individual taxpayers are being warned to be extra vigilant to ensure they don’t become the victim of an “aggressive” tax scam currently targeting Victorians.

According to the consumer watchdog, scammers have been contacting taxpayers by phone and threatening the person who answers with arrest, legal action or imprisonment if the person does not pay a “debt” owed to the Australian Tax Office.

The scammer then presses the individual for personal details, including credit card details, to make the requested payment.

The consumer watchdog said tax scams are common at this time of the year, as many businesses and individuals are still finalising their annual tax returns.

A similar scam currently doing the rounds involves the scammer telling an individual the ATO owes them money and they are required to pay an administration fee or rebate to secure the money.

Consumer Affairs Victoria said all taxpayers should be aware the ATO does not cold call to collect debts or threaten jail or arrest. If money is owed to the ATO, the normal method of contact is first via a reminder letter or text message.

The ATO itself warned against a similar phone scam in July, with Second Commissioner Geoff Leeper saying anyone who receives one of the phone calls should hang up and call the ATO back.

“We make thousands of outbound calls to taxpayers a week, but there are some key differences to a legitimate call from the ATO and a call from a potential scammer,” he said in a statement.

“We would never cold call you about a debt; we would never threaten jail or arrest, and our staff certainly wouldn’t behave in an aggressive manner.”

Andrew Morgan, forensic services partner at BDO Australia, told SmartCompany this afternoon receiving a phone call from a scammer can be a scary experience for small business owners.

“What everyone needs to be aware of is that the tax office and different corporate regulators, including ASIC [Australian Securities and Investments Commission] won’t every ring up and say they will throw you in jail,” Morgan says.

“If any agency was to ring up like that it would be the very first alarm bell.”

Morgan says business owners should be aware each government agency follows a similar process for contacting individuals and businesses and this process usually escalates the longer it goes for.

“They start softly to see if they can get voluntary compliance and then each step of the way it will get more challenging,” he says.

Morgan says protecting a small business against falling for a tax scam is similar to protecting against fraud inside the business.

The first step is to independently verify the phone number of the government agency the scammer is pretending to represent.

“Each agency has its own website and it is very easy to find the contact number,” he says.

Morgan recommends small business owners also speak to their own accountant or banker if they are unsure about a phone call they have received.

“[Scammers] prey on the fact that people can be ill-informed or that people are scared of the ATO and regulators,” he says.

Morgan says it can be difficult to “disengage” from scammers but business owners should take time to consider what it is they are being asked or told to do.

“This is 21st century Australia and we don’t just throw people in jail,” he adds.

SmartCompany contacted the ATO for comment but it referred back to its earlier statement in July.