Do you have a ‘creditable purpose’? Why wayward GST claims can be costly 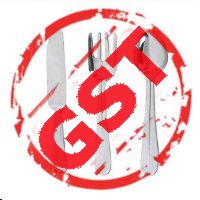 Under the GST law, a person or a business can claim input tax credits (ITCs) for acquiring things for a creditable purpose. A taxpayer acquires a thing for a “creditable purpose” to the extent he or she acquires it in carrying on his or her enterprise.

However, the GST law provides that a taxpayer does not acquire a thing for creditable purpose to the extent the acquisition is of a private or domestic nature.

Seems relatively straightforward – if that can ever be said about taxation matters! But, spending money on acquiring things of a private or domestic nature can be an area that confuses many.

In a recent AAT case, the Tribunal upheld GST and penalty assessments against a taxpayer concerning incorrect claims for ITCs.

The taxpayer carried on a computer repair business. Following an audit of the taxpayer’s BASs for the period 31 March 2007 to 28 February 2011, the ATO issued GST net amount assessments, penalty assessments and cancelled the taxpayer’s GST registration.

The Tax Commissioner disallowed many (although not all) of the taxpayer’s ITC claims on the basis that he did not consider the taxpayer was carrying on an enterprise during the relevant tax periods, that the expenses on which the ITC claims were based appeared to be private in nature (e.g. certain legal and health expenses) and were considered not to have any obvious links to commercial activity, and that the taxpayer did not provide tax invoices for the expenses as claimed creditable acquisitions.

In an along-the-way win for the taxpayer, the Tribunal noted that the Commissioner reconsidered the matter in light of additional information since provided by the taxpayer, and now accepted that the taxpayer was carrying on an enterprise during the relevant tax periods and that the decision to cancel his GST registration should be set aside. For this reason, the Commissioner also accepted that some (but not all) of the input tax credits claimed were properly allowable.

In the taxpayer’s case, the Tribunal said the reasons for the relevant supplies (ie made to him) not being taxable included that either it had not been established that the person making the supplies was registered or required to be registered and/or that the supplies by that person were GST-free or input taxed.

The Tribunal said the taxpayer claimed an ITC in respect of his purchase of a second-hand motor vehicle pursuant to a “private sale”. No invoice was produced for this transaction. As no GST liability would have been incurred by the seller, the taxpayer was not entitled to any input tax credit.

The taxpayer also claimed a number of items for “Occupancy Expenses”. The AAT said the Commissioner understood those expenses related to the taxpayer’s personal accommodation, particularly in a private home in Perth. He did not accept the expenses were “creditable acquisitions”. The Tribunal said no invoices were provided by the taxpayer in respect of the claims, so it had not been established that any GST was paid or incurred by the person that supplied the accommodation to the taxpayer.