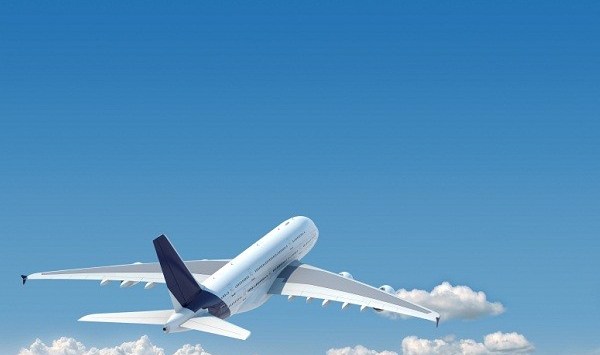 Businesses will usually pay relevant employee expenses when those employees undertake work for the business. Paying expenses can then give rise to fringe benefits tax (FBT) liabilities for the employer—but not always.

As a general principle, where the relevant expense would have been deductible to the employee if they had incurred it, the employer’s FBT liability for that expense can be reduced to nil under what’s known as the “otherwise deductible rule”.

A recent case before the full bench of the Federal Court considered exactly such issues and found in favour of the employer.

The Federal Court unanimously allowed an appeal by John Holland Group companies, effectively holding that costs incurred by them in flying employees from Perth to Geraldton and back for a rail upgrade construction project (the Midwest Project) would have been deductible to the employees, meaning the companies could reduce their FBT liability on the flight costs to nil.

Between May 2011 and September 2012, the employees in question worked on the Midwest Project. Their employers paid for them to be flown from Perth to Geraldton, near where the Midwest Project was located, and back again on a rostered basis. Employees travelled to Perth airport at their own expense, but Perth airport was designated in the John Holland rail documents as the “point of hire”.

The taxpayers considered the costs were deductible. The Tax Commissioner disagreed and the matter came on appeal before the Federal Court.

The commissioner contended that “fly-in fly-out” (FIFO) employees are undertaking another form of journey to and from work, it having long been established (via the High Court decision in Lunney v FCT (1958) 100 CLR 478; [1958] HCA 5) that such journeys are not deductible. According to the commissioner, it would be wrong for the court to attempt to resolve the matter “by logic alone”, the course of authority having been set long ago.

The taxpayers argued that Lunney had never been considered to be an exhaustive statement about the deductibility of travel expenses and did not yield an answer to the present matter given the different facts. On the facts, they argued the costs of the flights were deductible, consistent with the meaning which had been given to the concept of “incurred in gaining or producing your assessable income” in s 8-1 of the ITAA 1997.

The issue considered in the case was whether John Holland was entitled to reduce to nil, by the “otherwise deductible rule”, the FBT payable on the value of return flights (paid by the company) by its employees flying from Perth to Geraldton and back for the Midwest Project undertaken by the company. That rule operates so that the taxable value of the flights can be reduced to nil for FBT purposes if the cost of the flights would have been deductible to the employees if the cost had been incurred by the employees instead of the employers.

The Federal Court found for the tax commissioner and held that the flights would not have been deductible had the cost been incurred by the employees directly and that therefore John Holland was not entitled to reduce to nil its FBT liability on the flights by the “otherwise deductible rule”.

However, the full bench of the Federal Court disagreed.

It said the time spent in travelling from Perth airport to Geraldton was part of an employee’s employment for which he or she received wages and was entitled to an additional allowance if the period exceeded that provided for.

The court said the case under consideration in Lunney was of “ordinary people” paying fares “to enable them to go day by day to their regular place of employment or business and back to their homes”. It was not about the specific demands occasioned by employment that required, as part of the employment, travel to a remote place. The court said the employees in the case before it were required to travel as part of their employment to a remote location, and the John Holland Group companies’ appeal should be allowed.

The court also considered there was no reason “why Perth Airport should not be a point at which the employees duties and remuneration for performance of those duties both commences and ceases. The contract of employment so provides. The fact that Perth Airport is not an area or premises owned or leased by John Holland, is irrelevant.”

The court was of the view that from the time the John Holland employees checked in at Perth Airport “they were travelling in the course of their employment, subject to the directions of John Holland and being paid for it. That situation subsisted until they disembarked the plane at Perth Airport at the end of their rostered-on work time. At no time during that period were they travelling to work; they were travelling on work and the cost of doing so under the statutory hypothesis in s 52(1) FBTAA would be an allowable deduction to them under s 8-1 of the ITAA 1997”.

In allowing the company’s appeal, the court ordered the tax commissioner’s objection decision be set aside and the taxpayers’ objection against the FBT assessments issued to them for the years ended 31 March 2012 and 31 March 2013 be allowed in full.

It is not yet known if the ATO will seek special leave to appeal the decision to the High Court.