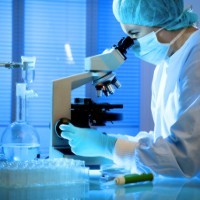 The federal government has secured passage in the Senate for a controversial change to the research and development tax incentive following a deal with the Palmer United Party, which will see a $100 million cap placed on the expenditures businesses can claim.

The R&D tax changes were initially announced by the former Labor government in February 2013 as part of its “A Plan for Australian Jobs” policy.

The policy also included the creation of 10 “Industry Innovation Precincts” to boost collaboration between businesses and researchers, along with a $27.7 million Enterprise Solutions Program to help SMEs gain access to public sector markets. Both programs were scrapped in the 2014-15 federal budget.

The reforms originally removed access to the research and development tax incentive for companies with a turnover above $20 billion per year. However, despite being included in the 2013-14 federal budget, the R&D tax changes were never legislated.

The legislation passed the House of Representatives in late 2013, but was subsequently blocked in the Senate by Labor and the Greens. The Abbott government eventually struck a deal with the Palmer United Party that scrapped the $20 billion per year cap.

For expenditure above $100 million, companies will be able claim a tax offset at the company tax rate.

Read more: What do I need to do to claim the R&D tax incentive?

PwC tax partner Sandra Boswell told SmartCompany this morning even with the cap, the tax incentive remains vital to research and development in Australia.

“In the legislation, the priority is to make sure the cuts are fair and equitable, but the tax incentive provides ongoing support for R&D that is crucial to Australian jobs and innovation,” Boswell says.

“The problem potentially is where companies are close to that $100 million cap. They might take those projects overseas to other jurisdictions that have similar support without a cap.”

But Peter Strong, executive director of the Council of Small Business of Australia, told SmartCompany the changes would have a limited impact on most small businesses and is calling for new programs to encourage more small businesses to invest in R&D.

“We don’t have a lot of money or resources, but there are ways and means of getting small businesses involved. And that might involve something like venture capitalists playing a role.”

“The problem is that big business is stagnant, the mining boom is running out, and Coles and Woolworths stifle innovation.”

In a joint statement from Treasurer Joe Hockey and Finance Minister Mathias Cormann, the government said the reforms will save $1.35 billion over the current forward estimates.

“Fewer than 25 companies are expected to be affected by the new measure. The vast majority of companies claiming the research and development tax incentive will be unaffected,” the statement said.

“The introduction of a research and development expenditure cap of $100 million secures an improvement to the budget bottom line broadly equivalent to that of the original Labor measure contained in the bill, which would have instead removed access to the research and development tax incentive for companies with aggregated assessable income of $20 billion or more.”

However, some business groups are unhappy about the reform, with Australian Industry Group chief executive Innes Willox telling SmartCompany in a statement, businesses will spend less on R&D and will make less of a contribution to Australia’s research infrastructure and research networks under the reforms.

“These measures are harmful to Australia’s long-term prosperity. We should be encouraging innovation. Instead the Parliament is considering measures that would reduce domestic spending on R&D,” Willox says.

“The measure is all the more perplexing because the biggest direct impacts will be felt by organisations undertaking applied and commercial R&D. In contrast, other current policy directions are focused on lifting commercial-related R&D.”

“The proposals will add substantially to the complexity of Australia’s R&D Tax Incentive.  To add insult to injury, the proposals may have retrospective effect. If enacted they would certainly cut into existing, often collaborative R&D programs.”

Willox also warns the reforms will add substantially to the complexity of Australia’s R&D Tax Incentive. The changes could also have retrospective effect that could cut into existing, often collaborative R&D programs.

The changes come on top of a cut to the research and development tax incentive scheme, relative to the cuts in the company tax rate, announced in the 2014 federal budget. Those change the rates of refundable and non-refundable offsets cut by 1.5 percentage points to 43.5 cents in the dollars, and is yet to pass the Senate.

“The business community accepts there need to be cuts, but to cut the rate to 43.5 cents in the dollar is not the right step for Australian businesses,” Boswell says.