Getting a release from tax debts not as easy as ABC 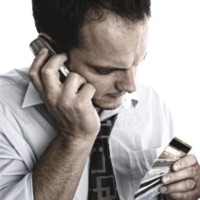 Taxpayers can get a release from their tax debt but there are conditions. Under the tax law, the Tax Commissioner has a discretion to release an individual taxpayer from payment of their tax debts if paying the debt would cause the taxpayer serious hardship.

The question is: what constitutes serious hardship? The term is not defined in the tax law and therefore takes its ordinary meaning. A number of court and Administrative Appeals Tribunal (AAT) cases over the years have set some pointers but, ultimately, it is a question of fact in each case.

A recent case before the AAT saw the tribunal dismiss a taxpayer’s application to be released from a tax debt of around $52,000 that had accrued over four income years.

At the time of making the application for release, the taxpayer’s stated fortnightly income was $3,388.00 before tax and $2,548.00 after tax.

The taxpayer argued serious financial hardship would result if he had to pay his tax debt and bankruptcy would be a conceivable outcome and, furthermore, there were no prospects of any financial improvement in his situation. Interestingly, he also argued there was a “moral” obligation on the Commissioner to enable him to finalise his affairs and regain his dignity.

However, in dismissing the taxpayer’s application, the AAT first noted the discretion to grant release from a tax debt should only be granted if satisfying the tax liabilities would cause serious hardship and then whether the discretion should be exercised in whole or part in the circumstances of the case.

After examining relevant criteria (such as the circumstances under which the hardship arose; whether the taxpayer or his dependants had suffered serious illness or accident involving irrevocable financial loss and whether the circumstance of the hardship were likely to be of a temporary or recurring nature etc), the AAT concluded that even though the taxpayer was currently not in a position to satisfy the taxation debt, the relevant factors weighed against the exercise of the discretion to release the tax debt.

In particular, the AAT found the following factors were particularly relevant to the case:

The AAT also noted potential bankruptcy does not necessarily provide grounds for release from tax debts.

The AAT did however dismiss the Commissioner’s claim that it was not appropriate that the taxpayer had chosen to employ his de-facto spouse and pay her for work that could otherwise be used towards satisfying his taxation debt at a time when he was claiming serious hardship (e.g. he paid her $18,000 for six months work in the 2013 year).

Instead, the AAT found as she was employed for “the purpose of straightening out his financial affairs which were, by all accounts, in a complete mess”, it was not unreasonable or extravagant for him to do so in the circumstances. The AAT also concluded her finances should not be taken as part of household family income to satisfy the debt as there was no evidence the couple’s financial affairs were “intertwined” as required for this to be a factor (albeit, noting it may be relevant in any future application).

In relation to the taxpayer’s claim the Commissioner had a “moral obligation to enable him to finalise his affairs and regain his dignity”, the AAT stated that whether or not the Commissioner had such a moral obligation was an interesting philosophical issue which may be the subject of considerable discourse elsewhere, but the Tribunal said it was bound to consider only the application of the law and the recognised factors that must be considered to determine whether to exercise the discretion to release taxation debts.

The taxpayer ceased working on February 5, 2014, under medical instruction. While the AAT refused the taxpayer relief from his debt, it was noted that at the hearing, the Commissioner said he would not pursue the outstanding debt while the taxpayer remained on a Disability Support Pension from Centrelink, remained unemployed and did not gain or produce any further income.

While the result was not totally unsatisfactory for the taxpayer, the case again illustrates the kinds of factors that will make it difficult for a taxpayer to get relief from a tax debt.