Getting a release from your tax debts – possible, but not so simple 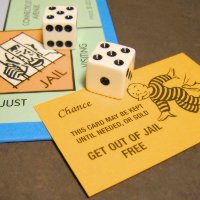 In general terms, the tax law contains provisions that allow taxpayers to, in effect, get out of paying their tax bill if they can prove that paying their tax would result in “serious hardship”.

Obtaining a release from tax liabilities involves a two-step process:

The process sounds relatively straightforward, but there is no definition of “serious hardship” in the tax law. Each case must be considered on its facts.

However, the Tax Commissioner has issued guidelines in what is known as the ATO Receivables Policy to provide ATO staff with guidance in dealing with applications for release from tax liabilities. In part, that policy states:

“The term ‘serious hardship’ is not defined at law and must be given its ordinary meaning. The Commissioner determines whether serious hardship exists by applying several tests which are designed to ascertain whether payment of the tax would produce unduly burdensome consequences for the person such that they would be deprived of necessities according to normal community standards.

Thus, serious hardship would be seen to exist where payment of a tax liability would result in the person being left without the means to achieve reasonable acquisitions of food, clothing, medical supplies, accommodation, education for children and other basic requirements. On the other hand, elements of hardship may be regarded as marginal or minor – rather than serious – if the consequences of payment of tax are seen, for example, as limitation of social activities or entertainment, or loss of access to goods or services of a more luxurious nature or standard.”

Okay, so getting a release from your tax debts is possible, but how often does it happen?

The burden of proof

The onus is generally on the taxpayer to prove that serious hardship will result if they have to pay their tax bill. That’s often easier said than done, and taxpayers should not underestimate exactly what they have to prove.

Two recent decisions before the Administrative Appeals Tribunal (AAT) saw taxpayers lose their claims for relief from paying their tax liabilities. They illustrate just what it takes to prove serious hardship.

In the first case, the taxpayer’s tax debt was just over $80,000. He argued that his income tax debts arose as a result of his unauthorised early access of his superannuation benefits in order to support his gambling addiction. The AAT said that during the income year ended 30 June 2011, he illegally accessed his superannuation benefits by withdrawing just over $180,000 from his super fund. The taxpayer sought release from his tax liability either in whole or in part on the basis that he would suffer serious hardship if he was required to pay the outstanding balance.

He said his total asset value was about $580,000 with total liabilities of $666,200 which did not include his tax liability.

In the second case, a taxpayer was also unsuccessful before the AAT in seeking to be released from his tax liabilities.

As of May 4, 2014, the taxpayer’s outstanding tax debts amounted to around $58,000. However, the tribunal was not satisfied the taxpayer’s situation, if required to pay the tax debts, would be of serious hardship.

The tribunal said no explanation was offered for the failure by the taxpayer to meet his tax liabilities as they arose. When comparing household income to expenses, although noting the outlays were not extravagant, the tribunal was of the view there was a level of discretionary spending (eg entertainment) which, if necessary, could be reduced.

The tribunal said instead of paying what it considered to be manageable tax assessments, the taxpayer “largely ignored his tax liabilities over the last five or six years”, and had allowed the amounts due to accumulate with interest. It added that the taxpayer “simply failed to give proper priority to paying his tax” and that since entering the PAYG instalment system in 2008, he had paid only four of 22 tax assessments. The tribunal said the taxpayer had made no sustained effort to clear arrears and achieve compliance.

The tribunal considered that the taxpayer had overstated his expenses. It said the taxpayer’s situation had been brought about by his own failure to meet his tax obligations. It was not, in the tribunal’s view, a situation that had been forced upon him. He had simply failed to give proper priority to paying his tax.

While the law does allow people the opportunity to be released from their tax liabilities, the above cases prove how difficult that can be.

“Serious hardship” is determined on the facts of each case, and court and tribunal cases have built up a series of authorities on how it is to be determined. When taken with the ATO’s policy in this area, taxpayers need to understand fully just what it will take to be released from their tax liabilities.