Google and Apple to pay back millions in taxes in the UK and Italy: Why calls are growing for the same thing to happen in Australia 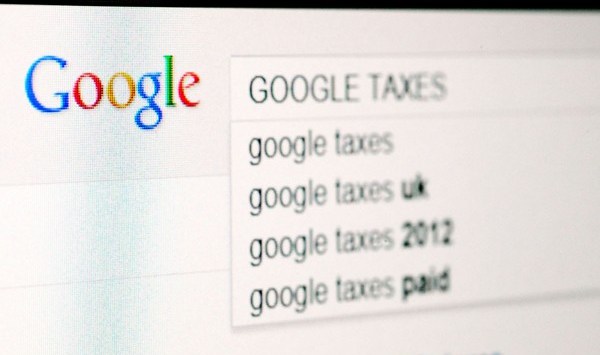 Two of the world’s largest multinational companies will be forced to pay extra millions in taxes overseas, in decisions that have left some wondering if Australia will receive a slice of the pie.

Tech giant Google has agreed to pay £130 million ($264 million) in back taxes after an audit by tax authorities in the United Kingdom, while Apple agreed last month to pay €318 million ($476 million) to Italian authorities to settle a tax dispute.

Both Google and Apple are among 12 companies being investigated by the Australian Tax Office for alleged tax avoidance and representatives from both companies appeared before the Senate enquiry on corporate tax avoidance last April.

Independent Senator Nick Xenophon, who sits on the Senate’s multinational tax avoidance inquiry, is adamant to know whether Google owes Australia too.

Speaking to reporters in Adelaide on Saturday, Xenophon asked how much Google owes the Australian taxpayer.

“If Google hasn’t been paying their fair share of taxes in the UK … it’s fair to assume there could well be problems here in Australia,” he said.

“How much does Google owe Australian taxpayers? It could be in the hundreds of millions – we need to know,” he said.

According to data released by the ATO in December 2015, 579 major corporations did not pay tax in Australia in the 2013-14 financial year.

The ATO examined 1539 corporate entities and found 38% of them did not pay tax in Australia in that period. Of that group, 22% incurred a loss during 2014, 8% utilised prior year losses and 7% used franking credits and offsets to reduce their tax bill.

The ATO list included more than 1500 companies with annual incomes of more than $100 million.

According to the list, Apple’s total income in Australia for the period was $6.15 million. Its taxable income was $247 million, on which the company paid $74.1 million in tax.

Google Australia recorded $357 million in total income for the same financial year, with its taxable income coming in at $90.89 million and tax paid at $9.2 million.

“It destroys competition if you’ve got the biggest companies in the world that get a leg up by not having to pay tax,” he says.

“They [big companies] should do it alphabetically and start with Australia and obviously they know they should pay their tax.

“The thing I hope is there’ll be bigger penalties for big businesses to pay tax… and that they name and shame the companies that continue to not do so.”

Strong says more than the disadvantage SMEs are placed at by the multinationals appearing to dodge tax, is the potential risk to the reputation of the Australian tax system.

“What’s at risk here is the integrity of the tax system,” he says.

“We have a very good tax system and most people whether they be business or ordinary people are very good at paying taxes … but if the bigger end of town start dodging their tax it might make people question why are we paying it.”

A report by the Senate corporate tax avoidance committee is due on February 26.