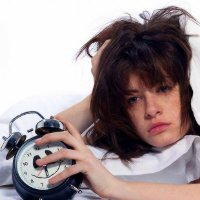 The GST laws can apply to a weird and wonderful range of things, and some fine distinctions are often sought to be made by the Tax Office in applying those laws.

Feeling sleepy already (at the mention of distinctions in tax law)? I can’t blame you, but a recent decision by the Administrative Appeals Tribunal showed how the law can work in favour of a business, although not as it may have thought.

The Tax Commissioner had made a decision that a sleep positioning system produced by a company which assists users to control sleep apnoea was subject to GST. The company objected and the matter came before the AAT.

The AAT set aside a decision by the Tax Commissioner and held that the system was GST-free under provisions of of the GST Act as it was a medical aid. This is good news for customers who won’t have to pay GST on the item. But the way the AAT reached its conclusion is interesting.

The company in this case, Snugfit Australia, is registered for GST and supplies a sleep positioning product known as “SnoreBeGone“, which assists users to control sleep apnoea. The product is designed to support the body when a person is sleeping in such a way as to prevent the person snoring. It is made of foam with a fabric cover, and is designed to be used in conjunction with a mattress to encourage side sleeping.

The Tax Commissioner issued a private ruling, sought by the company, which found the product was subject to GST. The company’s objection to the ruling was disallowed. Before the AAT, the company argued that the product was GST-free as it was covered by Items 82 (“night-time positioning equipment modifications”), 64 (bed restraints), 67 (backrests, leg rests and footboards for bed use), or 87 (cushions specifically designed for people with disabilities) of Schedule 3 to s 38-45(1) of the GST Act. That’s enough technicalities for the moment!

According to the AAT, it is the modifications to “night-time positioning equipment” (ie a mattress) that are exempted under Item 82, not the equipment itself. It said from the marketing material and from an examination of the product, it was clear that it was designed to be used in conjunction with another sleeping surface, thereby modifying it.

Therefore, the AAT held the product came within the description contained in Item 82 as the product modifies the shape of a mattress to accommodate the requirements of a person with a disability and is GST-free.

The Tax Office considers that the AAT’s decision that the product modifies a mattress turned solely upon the facts of the case, and the description of the product forming part of the scheme set out in the private binding ruling made by the Commissioner. The ATO considers the AAT decision does not have any broader impact on the meaning of the term “modification” in other contexts.

However, the ATO said it is reviewing its view, given in a 2002 Interpretative Decision about the GST treatment of contoured pillows to determine whether it ought to be revised or withdrawn in light of the AAT’s decision. The ATO noted that, in order to be GST-free under the GST laws, the relevant product must also be specifically designed for people with an illness or disability, and not widely used by people without an illness or disability.

As I said at the beginning, the GST laws deal with some weird and wonderful things. But it’s not difficult to argue that the GST law itself is at times a weird and wonderful thing. The GST law, and the old sales tax that preceded it, were full of “fine line” distinctions on whether various products and services were or were not subject to tax. Those calling for simplification of tax and GST laws have a point.