Help with medical expenses through the tax system to end 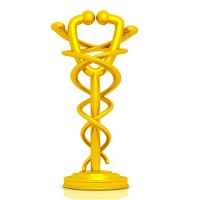 In this, my last column for this year, I thought I would look at an issue that goes to the hip-pocket nerve of us all – medical expenses.

For many years, the government has used the tax system to help people with the cost of their medical expenses e.g. doctors’ fees, chemist bills for prescriptions, dental fees, hospital fees, etc. This has been done via the medical expenses tax offset (previously known as a tax rebate). It gives taxpayers a tax offset (i.e. it reduces their tax payable) for their net out-of-pocket medical expenses (i.e. after rebate from their health fund) over a certain threshold level.

Medical expenses are a growing cost for many in the community as well as for the government itself. However, the tax offset is set to end over the next six years.

The government recently released draft legislation to implement the Labor government’s 2013-14 budget announcement to phase-out the net medical expenses tax offset. The government announced that it would proceed with the measure as part of the 18 announced but not yet enacted measures that would proceed. This measure would amend the tax law to phase out the offset by the end of the 2018-19 income year, i.e. by 30 June 2019.

The government says the offset is being phased out as it has a number of shortcomings:

The government said it would continue to provide a range of subsidies for medical expenses via the Medicare Safety Net as the primary support mechanism, supplemented by Medicare, the National Disability Insurance Scheme and other benefits, rebates and safety nets through the health care system.

During the phase-out period, there will be two sets of transitional arrangements in place:

People are facing rising health costs in several ways – higher charges by doctors, hospitals, etc, higher private health insurance premiums, the Medicare levy due to increase from 1.5% to 2% from 1 July 2014, and now the phasing out of the medical expenses tax offset.

It might be wise to make a New Year resolution to try to stay as healthy as possible! Could that be in the back of the government’s mind? Although this week’s MYEFO statement points to major spending cuts by the government and maybe even tax increases down the track. Less spending on the tax offset for medical expenses probably fits the government’s bill right now.

I would like to take this opportunity to wish all SmartCompany readers a very (very) healthy and Happy Christmas and a (fingers crossed) prosperous New Year. I have no doubt next year will see plenty of tax changes to write about – it was ever thus!