Husband and wife, sharing and caring, until tax law do us part 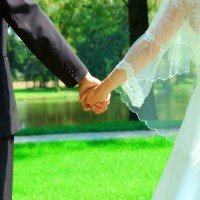 Husband and wives often regard themselves as jointly owning the assets each possesses. “What’s mine is yours” and vice versa. In a happy relationship, that’s all well and good, but unfortunately, the tax law can intervene to take some of the shine off such scenarios.

In a recent case before the Administrative Appeal Tribunal (AAT), a husband inherited 200 Telstra shares and 1315 Commonwealth Bank shares from his father’s estate. He transferred the shares into the names of himself and his wife to reflect his wife – who he considered at all times as a joint owner of the shares – as an owner of these shares.

However, the transfer of the shares to joint names produced a capital gain of over $19,000 which was included in his tax return for the 2013 tax year. Under the tax law, the share transfer caused a “CGT event” to occur.

The husband argued he and his wife regarded themselves as joint owners of all that they collectively owned. He believed from the outset that, in equity and morally, the shares transferred were owned “jointly”. He also claimed he did not make any capital gain because he had not received anything and if he knew he would be subject to tax on the transfer, he would not have transferred the shares. All a very neat logical argument, but unfortunately the tax law does not operate that way.

The tribunal said it might well be, “and in some cases understandably so”, that partners to a marriage or a marriage-like relationship regard his or her assets as “our assets”. And it might also be the case for family law purposes, regarding the practical effect of ownership of assets by individual partners to those relationships.

But the AAT said Australian income tax law does not recognise these sorts of joint asset ownership arrangements. The transfer of the shares fell squarely within the terms of CGT event A1 (a disposal of an asset) and shares were clearly a CGT asset.

The tax law as applied to the facts in this case could only result in the outcome found by the AAT.

However, the AAT took the opportunity to issue a salutary caution: “Unless there is reason to do otherwise, partners to a marriage or marriage-like relationship who hold the assumption that his or her assets are our assets, would be well advised to continue with that assumption, without taking the step of formalising any joint ownership arrangements, as there will be a taxing point if they do if the transferred assets have increased in value”.

To a seasoned tax practitioner, this might be Tax 101, but it is not difficult to appreciate that the views held by the husband and wife in this case, unversed in the ways of the tax law, might indeed be held by many in the community. In this case, their tax agent properly ascertained the situation and correctly lodged the tax returns.