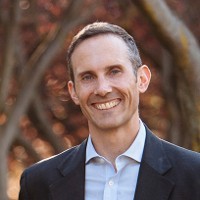 Rapidly growing international tech businesses like Airbnb and Uber should be subjected to stricter regulation to ensure they don’t avoid their tax obligations, according to shadow assistant treasurer Andrew Leigh.

Leigh is giving a speech to the McKell Institute in Sydney tonight, in which he will call on the Australian government to continue the fight against multinational corporations that deliberately avoid paying their fair share of tax.

“The sharing economy needs to be better regulated,” Leigh told Fairfax ahead of the speech.

“I certainly don’t believe that the sharing economy should expand because it’s avoiding taxes. It ought to expand on offering a better product to Australians.”

Leigh said there’s “an extraordinary number” of Australians that have used Airbnb and individuals who make money from renting out their homes, should pay tax on that income.

“There’s nine million empty bedrooms in Australia at the moment. That’s a huge number of spare bedrooms for people looking to make ends meet on their mortgage … [regulators] simply need to say that if people are making income that ought to be reportable in tax returns.”

Leigh previously wrote about the benefits of the ‘sharing economy’ in an opinion article in the Herald Sun earlier this month, but also spoke then of the need to “think creatively” to ensure the balance between regulation and incentives to grow is correct.

“At the moment it’s also hard to know if the people providing these [Uber] services are paying their taxes and doing the right thing when it comes to insurance and other consumer protections,” Leigh wrote.

“For sharing economy services, we’d ideally have a set of rules that offer core protections for public safety and make it easy for everyone to pay tax on what they earn.”

“At the same time, those rules would be flexible and simple enough to support the growth of these services. We should particularly aim to avoid strangling them through over-zealous regulation, because regular consumers would then miss out.”

University of New South Wales economics professor Tim Harcourt told SmartCompany it is “probably smart” to increase regulation for startups such as Uber, which operate in an industry in which existing competitors are subject to long-standing regulation.

But Harcourt says when it comes to innovative companies, it is often a case of “learning as we go”.

“With startups, we often don’t know what will happen in practice until there are some miles driven,” Harcourt says.

“We wouldn’t pass legislation for rocket ship rides to the moon, but you never know, Richard Branson might start doing that.”

“You have to be open to innovation and entrepreneurship as soon as possible and where there is some evidence of problems, you consult with industry,” he says.

The problem with base erosion and profit shifting

In Leigh’s speech tonight, entitled ‘No country ever tax dodged its way to prosperity’, Leigh will describe base erosion and profit shifting – or BEPS – as “among the most important global economic debates of our time”.

“It’s difficult to put a figure on the tax dollars lost to BEPS – after all, it’s hard to count something that isn’t there,” Leigh will say.

“But we do know that when Labor, in our last term of government, closed just a few of the loopholes that facilitated BEPS, the budget was over $4 billion better off.”

“It is often said that tax is the price of civilisation. If that’s so, there’s also a strong argument that requiring companies to contribute their fair share wherever they make profits around the world civilises the forces of globalisation.”

While Leigh will say in his speech that “globalisation creates many opportunities for economic good”, he says if a “global tax system creates incentives for doing dodgy deals, then dodgy deals will get done”.

“Likewise, if the financial framework supports honest dealing and a fair contribution by all, then big corporations will find less reason to stray from this path.”

Leigh says politicians and policymakers are the “architects” of the incentive system for global businesses and it is possible to “get those incentives flowing in the right direction”.

Leigh says work is already being done to achieve this, citing the OECD action plan on BEPS, commissioned by the G20 in 2012, and the Irish government’s moves to close the “Double Irish Dutch Sandwich” tax loophole, but called on the Australian government to do more.

“Unfortunately, while the Irish government is closing tax loopholes, to the benefit of everyone, including Australian taxpayers, the Australian government has re-opened significant ones, which will costs us dearly,” he says.

“Tony Abbott and Joe Hockey’s decision not to proceed with Labor’s proposals to tackle debt loading and improve the offshore banking unit regime has effectively handed $1.1 billion back to big global firms.”

Harcourt believes there is bipartisan support for minimising tax avoidance by multinational corporations in Australia, pointing out that Treasurer Joe Hockey has also spoken publicly about the need for more action.

At the end of the day, Harcourt says small businesses can ultimately be the losers from large corporations avoiding their tax obligations.

“The great Australian concept of a fair go doesn’t just apply to the unemployed or people with disabilities,” Harcourt says.

“It also applies to small businesses.”

“Small businesses are general happy to pay tax if the blue chips are also paying tax, but if they read about the large companies avoiding tax, they feel an unnecessary tax burden.”