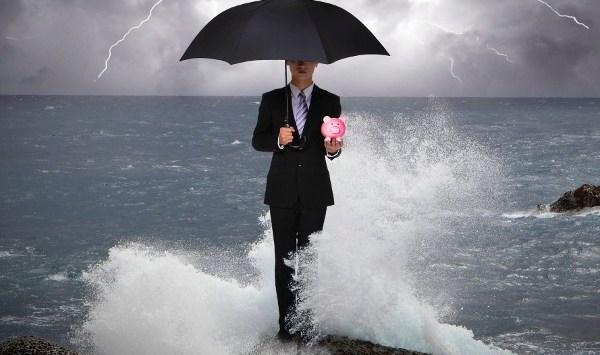 Self-managed super funds are, and have been, flavour of the month for some time now.

The opportunities SMSFs provide for people to control their retirement incomes can be attractive. Of course, running such a fund has its own costs and the person in control (the trustee) has the onus to ensure the fund performs at an acceptable level.

But there are many rules and regulations that govern SMSFs and they can be a trap for the unwary. A recent Federal Court decision shows what can go wrong.

Read more: Are you ready for an SMSF? Experts urge caution and understanding

In the case, the Federal Court imposed civil penalties of $13,000 (plus $5000 in costs) for each of three directors of the corporate trustee of an SMSF in relation to breaches of the superannuation laws involving short-term loans to a related business.

The first respondent, Early Sunshine, was the corporate trustee of the SMSF known as the George MacDonald & Sons Superannuation Scheme No 2. The other three respondents are the directors of Early Sunshine Pty Ltd.

Over a four-year period from 2007 to 2011, the three directors caused the SMSF to make 71 loans to the freight trucking business George MacDonald & Sons of which the respondents were employees, directors and shareholders. The freight trucking business lost its principal customer in 2001 and began to experience significant financial stress in 2007-08 amid the global financial crisis.

Typically, the loans were outstanding for only a few weeks at a time and used to cover the working capital of the business (primarily to pay salaries and wages). A total of $553,568 in loans was made by the SMSF to George MacDonald & Sons.

Each of the 71 separate loans was less than $20,000 (with an average of $7768). The loans were unsecured and did not bear interest but each loan was ultimately repaid in full. The SMSF also made a $2000 loan to a company controlled by one of the respondents. This loan was unsecured but was repaid on demand with 8.5% interest.

In August 2009, the SMSF’s auditor lodged the first of several auditor contravention reports for the relevant years noting breaches of the superannuation law in relation to the loans. The reports recorded breaches of the sole purpose test, the in-house asset rules and the arm’s length dealing requirement.

In October 2011, the Tax Office issued the SMSF with a notice of non-compliance. As a result, the SMSF lost its concessional tax treatment and was issued with an assessment of $63,254 for the 2008 year (which it paid in January 2012). In August 2011, the trustee resolved to wind up the SMSF and roll over the members’ benefits to an industry fund.

The applicant, as Deputy Commissioner of Taxation (Superannuation), applied to the Federal Court to impose civil penalties. A statement of agreed facts indicated there was no dispute among the parties as to any aspect of the case.

While a maximum civil penalty of $220,000 could apply for each contravention under the relevant superannuation laws, the court imposed a penalty of $13,000 for each director of the trustee of the SMSF, together with $5000 (each) for the Commissioner’s costs. The court agreed that the contraventions were “serious” from a regulatory perspective as they involved deliberate, repetitive breaches over a four-year period and put at risk the assets of the fund.

However, the court said it must be remembered that, in the end, the fund did not suffer any loss of capital. The foregone interest income was not significant. In addition, all of the respondents admitted all of the contraventions which were ultimately pressed by the Tax Commissioner and co-operated fully with the Commissioner both at the investigation stage and in the proceeding. Also, the fund has now been wound up and the members’ balances have now been transferred to a public fund which the court noted should ensure they are satisfactorily protected.

The court was also cognizant of the fact that each of the individual respondents had taken full responsibility for their involvement in the contraventions and had expressed remorse and contrition for their conduct.

In the case of multiple contraventions, the court said the pecuniary penalty should reflect the totality of the conduct. Although Early Sunshine was the primary contravener of the superannuation law, the court accepted there was no point imposing a civil penalty on the corporate trustee (which was now dormant). Instead, the court held that the three directors were each liable for a pecuniary penalty of $13,000.

The court initially considered that the penalties proposed by the parties were insufficient. However, after taking into account all of the circumstances, the court ultimately agreed that a penalty of $13,000 (plus $5000 in costs) for each director was appropriate.

The court reached this conclusion after having regard to the relevant factors and applying the general principles for imposing civil penalties under the superannuation law, as set out in the established cases.

The case is a salutary reminder of the penalties that can apply when SMSFs contravene the laws that govern them. The penalties in this case were significantly lower than the statutory maximum and SMSF trustees can take a lesson from the reasons why the court considered that appropriate.