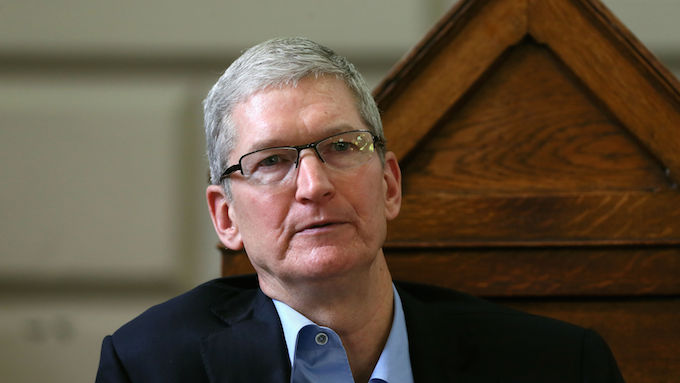 The European Commission is putting multinationals on notice with its order to tech giant Apple to pay €13 billion ($19.3 billion) in tax to Ireland. It’s signalling that it won’t bow to pressure from the US. Now other countries may follow with similar action.

The Commission concluded Ireland granted Apple undue tax benefits. It found that selective treatment allowed Apple to pay an effective corporate tax rate of 1% on its European profits in 2003, down to 0.005% in 2014. This was significantly less than Ireland’s tax rate of 12.5%.

It’s unsurprising, given that in October 2015, the Commission had similar findings. It concluded that other countries provided selective tax advantages, such as Luxembourg to car manufacturer Fiat and the Netherlands to coffee retailer Starbucks. European Commissioner Margrethe Vestager, stated:

Tax rulings that artificially reduce a company’s tax burden are not in line with EU state aid rules. They are illegal. I hope that, with today’s decisions, this message will be heard by Member State governments and companies alike. All companies, big or small, multinational or not, should pay their fair share of tax.

This also follows a decision in January 2016, when the Commission concluded selective tax advantages provided by Belgium under its “excessive profits” tax scheme were also illegal under EU state aid rules.

The Commission decision in relation to Apple did not bring into question Ireland’s tax system or corporate tax rate. Rather, it goes to the heart of the problem with our current international tax regime: corporations have been using secretive tax rulings to profit shift via transfer pricing. These companies have been taking advantage of existing rules which result in situations that do not reflect economic reality.

Two significant consequences of the Commission’s findings stand out. First, the sheer size of the repayment order, tallying up to €13 billion, is noteworthy. Fiat and Starbucks were between €20-30 million each. The Commission is clearly sending a message that this type of tax strategy is not acceptable.

The Commission, both with the finding and the amount, is also sending a message to the United States that it will not be influenced by alternate views and pressure urging the Commission to reconsider its current investigation. Such views were expressed in the U.S. Department of the Treasury White Paper and the February 11 letter from the Secretary of the Treasury to the President of the Commission.

Second, other countries will potentially benefit from the decision if they choose to take action. The Commission notes that Apple structured its business so that sales were recorded in Ireland rather than the country where the products were sold.

Apple Sales International, based in Ireland, was responsible for buying Apple products from equipment manufacturers around the world and selling products in Europe, the Middle East, Africa and India. The Commission decision specifically mentions this as something that is outside its remit but suggests other countries may require Apple to pay more tax because of this structure.

The implication is that Apple has not paid appropriate tax in the countries where the sales effectively took place. This leaves the door open for other countries to require Apple to pay more taxes on the sales made in their country but recorded in Europe. Australia would also fall within this category.

Apple and Ireland have indicated they will appeal the decision. However, any company engaging in aggressive transfer pricing is put on notice. This is one aggressive tax planning technique which authorities are clearly prepared to investigate.

The Commission is not backing down on its stance. It is still pursuing investigations into tax rulings issued by Luxembourg to both Amazon and McDonald’s and if precedent is followed, these companies will be next.

The tax rulings provided by Ireland to Apple endorsed a transfer pricing method which allowed Apple to internally allocate profits in a way that did not reflect economic reality so as to avoid tax.

Transfer pricing refers to the prices charged for group transactions. Tax law requires those transactions to be at an arm’s length price. That is, a price that an unrelated business would pay for the goods or services. Transfer pricing is also a well-known profit-shifting technique used by multinational corporations.

The start of the European Commission’s investigation can be traced back to June 2014, when it began its investigation into the transfer pricing arrangements on corporate taxation of Apple in Ireland, Starbucks in the Netherlands and Fiat in Luxembourg.

These corporations have been flagged by media as participating in unethical tax practices. This includes the notion that some companies were receiving significant tax reductions through tax rulings.

The Commission investigation centred around the use of these transfer pricing tax rulings. Rulings are not meant to be a mechanism by which countries provide corporations with a significant reduction in their tax liability.

Yet, the very reason for the Commission investigation was the concern that tax rulings, which significantly underestimated taxable profit, were being provided to certain corporations, resulting in a tax reduction.

The ongoing Commission investigation is not an inquiry into the tax system or tax rate of a country but rather the practice of issuing certain favourable rulings. Article 107(1) of the of the Treaty on the Functioning of the European Union provides:

Any aid granted by a Member State or through State resources in any form whatsoever which distorts or threatens to distort competition by favouring certain undertakings or the production of certain goods shall, in so far as it affects trade between Member States, be incompatible with the internal market.

On the basis that selective tax practices amount to state aid, the Commission investigation into Apple considered the legality of these transfer pricing tax rulings.

The European Union has been proactive in engaging in measures to address base erosion and profit-shifting. The Commission investigation into tax rulings is just one means of doing so.

We have also seen proposals coming out of the European Union for greater public disclosure of company information in the form of country-by-country reporting. Future developments are likely and will potentially set a precedent for international adoption of measures which ensure corporations are no longer able to avoid their tax liability so easily. If they do, the consequences are apparent – scrutiny by all.

Kerrie Sadiq is a professor of taxation at QUT Business School at the Queensland University of Technology.