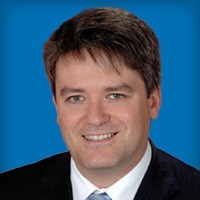 A parliamentary inquiry is today examining the possibility of breaking up the Australian Tax Office into separate policing and administration bodies.

The inquiry follows Treasurer Joe Hockey’s call for the ATO’s policing duties to be split from tax collection to counter its “overly-aggressive” approach towards taxpayers, such as small business, during a speech to the National Press Club in Canberra in May 2013.

“I have deep reservations about the ATO being both an administrator and a prosecutor,” Minister Hockey said at the time.

In June this year, Finance Minister Mathias Cormann launched the Standing Committee on Tax and Revenue Inquiry into Tax Disputes, which has its next hearing scheduled for later today.

Mark Chapman, head of tax with lobby group Taxpayers Australia, told SmartCompany while the proposal has been around for several years, any change was unlikely to have a major impact on small businesses.

“If there’s two agencies the argument is that it’s building in a degree of independence into the policing function,” Chapman says.

“But the reality is it will be the same people in the same building doing the same jobs, they’ll just be answering to different agencies. It’s really just shuffling around the deck chairs.”

COSBOA chief executive Peter Strong told SmartCompany he “would be very careful” about what a separation would involve.

“We really need to get more information. Will this increase or decrease costs, in terms of administration and overhead, having two separate agencies? And will it improve things?” Strong says.

“I’m not sure how this would help a small business out, as you’d have to go to one agency and then to another.”

Submissions to the inquiry came from a range of tax experts representing PwC, CPA Australia, Civil Liberties Australia, the Tax Institute, the Law Institute of Victoria and Chartered Accountants.

CPA Australia’s submission stated “the structural separation of the ATO, between a compliance, assessing, and collecting branch and a review, interpretation and advisory branch is a proposal which has considerable merit”, although it has some reservations.

“The key consideration that we see with this proposal is that the compliance branch of the ATO should not be stripped of its technical expertise and ‘firepower’, as this is likely to lead to a greater number of tax disputes that take longer to resolve,” the CPA stated.

PwC states that while key functions of the ATO should be separated into different branches of the agencies, these functions should not be handled by separate organisations.

“We strongly recommend structural separation of the appeal, review and formal ADR functions through creation of a new RDR area within the ATO (not a separate agency) with a dedicated Second Commissioner,” PwC states.

“We recommend that the ATO move all its internal review, objection and appeals functions to this new area – including ITX, Private Groups, HWIs, Small Business and Individual taxpayers.”

Meanwhile, the Law Institute of Victoria is backing calls for a breakup in its submission, warning that a “fair-minded observer would reasonably suspect bias” by both roles being handled by one organisation.

“There is more than a likelihood of apparent bias within the current ATO structure because its officers (employees in the same agency and not formally or legally separated) make both original decisions and conduct objection reviews,” the Law Institute of Victoria states.