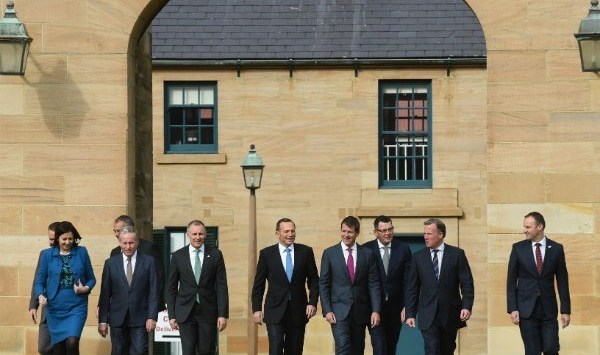 Social Services Minister Scott Morrison has moved quickly to hose down a suggestion from three Labor premiers that the Medicare levy be increased from 2% to 4% to boost government revenue.

Increasing the Medicare levy to 4% would add another 2% charge to the top marginal personal income tax rate and push it to 51%. Australia’s top marginal tax rate has not been at that level since 1986.

While the top marginal rate is currently set at 45%, taxpayers already pay a 2% Medicare levy plus the federal government’s temporary deficit levy of 2%, meaning the current effective tax rate is 49%.

The idea has been floated by Victorian Premier Daniel Andrews, Queensland Premier Annastacia Palaszczuk and the Chief Minister of the Australian Capital Territory, Andrew Barr, as a means of raising extra revenue to cover ballooning healthcare costs.

The three premiers favour the proposal over increasing the rate of the goods and services tax to 15%, which has been suggested by New South Wales Premier Mike Baird, reports Fairfax.

A plan presented by the trio to the meeting between state leaders and Prime Minister Tony Abbott yesterday estimated doubling the Medicare levy would raise more than $30 billion in extra revenue a year and more than $20 billion after lower income earners received compensation.

However, Morrison has flatly rejected the idea, saying in an interview on 3AW the states “have to deal with their spending, not just keep putting their hand out for more money from the Commonwealth and more taxes from the taxpayer”.

Morrison said the Coalition had already supported a 0.5% increase to the Medicare levy under the previous government, the revenue for which is partly covering the National Disability Insurance Scheme.

It’s likely the Australian business community would also oppose further increasing personal income tax rates in Australia as it would have implications for the ability of local companies to compete internationally.

Paul Drum, head of policy for CPA Australia, told SmartCompany this morning Australia already has “a punitive effective marginal rate of 49%, when factoring in the Medicare and deficit levies”.

“A high marginal income tax rate will always have cosmetic appeal in some quarters, but the downsides are that it provides extra incentive for tax avoidance and evasion, and can impact the retention of higher skilled workers,” Drum says.

Drum says the ramifications of high personal income tax rates have been well documented, including in the government’s recent Re:think discussion paper and “as far back as the Draft White Paper in 1985 when the top rate was 60%, cutting in at $35,001”.

“As a nation working hard to find its place in the Asian Century we need to retain our best and brightest, not incentivise them to move offshore,” he says.