Proving the ATO wrong is no mean feat 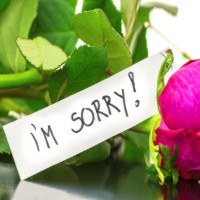 A taxpayer has largely failed before the Administrative Appeals Tribunal in proving that the Tax Commissioner got his tax assessment wrong. This resulted in his taxable income being increased from $7000 to $290,000.

The tribunal upheld an amended assessment issued to a taxpayer for the 2004 income year that was based on an asset betterment calculation made by the Commissioner.

In March 2005, the taxpayer lodged his 2004 tax return reporting a taxable income of $7382. The Commissioner subsequently audited the taxpayer’s financial affairs which considered his assets, liabilities and credit card expenditure. In July 2011, the Commissioner issued an amended assessment using the asset betterment method. In broad terms, under asset betterment, the net worth of an individual at the end of the year is compared with their net worth at the beginning of the year, and an estimate of annual asset growth is obtained. Non-deductible expenditure is added to this estimate and liabilities and exemptions are subtracted. The result is then their total taxable income.

The amended assessment resulted in a tax bill of just over $450,000. The Commissioner was of the view there had been evasion on the basis that the taxpayer had withheld information. The Commissioner also imposed 75% administrative penalty for “intentional disregard” of the law.

Before the Tribunal, the taxpayer said he lived in Germany before coming to Australia and transferred over $2 million to Australia which he used to support himself and his family. He said he also used personal funds to set up or buy businesses and had borrowed funds from a bank. The taxpayer disputed the Commissioner’s inclusion of around $269,089 in personal credit card expenses in the asset betterment calculation, and presented his own calculation which included $580,160 as a loan repayment from a family trust.

The onus is on the taxpayer to prove that the assessment issued by the Commissioner is excessive and should be reduced. Even if he could prove that an item in the asset betterment statement was wrong, or should not have been included, but then does not adequately explain the sources for the otherwise unexplained increase in wealth, the taxpayer will not have discharged the onus.

The AAT said the taxpayer’s approach was to challenge the Commissioner’s calculations, but he had not adequately explained how he acquired assets from non-income sources.

This case illustrates yet again that, when challenging tax assessments, taxpayers must be able to not only prove they are excessive, but show what they should have been. It’s an onerous onus but it is what the law stipulates. There are any number of cases where taxpayers have failed this onus when they thought they had a more than reasonable case. The trouble is they did not have the evidence or documentation to sufficiently back their claim before a tribunal or court. The law has strict requirements and taxpayers need to be aware of what they are.