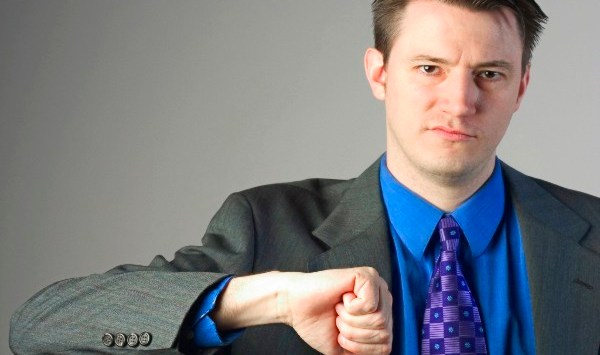 The same deep forces that were behind the election result in Queensland are being played out in Canberra.

The Australian people want, although most won’t admit it, higher taxes – either now or in the future. This is the inescapable conclusion from the rejection of the Newman government’s debt-reduction plan and the shenanigans in the Australian parliament that have prevented the Abbott government from implementing its pre-election pledge to pay down government debt.

A preference for higher taxes is perfectly rational and is being expressed across most developed countries. The evidence is clear. Consider what has happened over the last two decades in Queensland, Australia and most OECD countries (the 30 most economically advanced countries). Actually this has been going on for longer than two decades, but I’ll focus on this period as this is where the OECD’s published data set starts.

Government spending has risen, tax revenue has fallen and government debt has risen, all measured as a share of national production of goods and services (GDP). In Australia, spending across all levels of government has been 2% of GDP higher over the past decade than over the previous decade. The figure across all OECD countries is 3% on average. Government revenue has been about 2% of GDP lower over the past decade than it was over the previous decade – and 0.5% for the OECD.

This has meant rising government debt. Government liabilities have risen 11% (of GDP) in Australia over the past two decades and 30% across the OECD, which eventually implies either higher taxes or lower spending.

Some say this isn’t true – that governments are not like households that eventually have to repay their debts because governments can simply print money to repay their debts. This is a dangerously naive view for an economy like Australia that borrows heavily from the rest of the world, and it has been debunked in detail elsewhere. Suffice to say that Queensland lost its AAA credit rating several years ago because of its rising debt, which has cost the taxpayer dearly through rising interest payments.

The solution to rising debt is, eventually, lower spending, higher taxes and/or selling assets – provided the private sector is prepared to pay a price high enough to compensate for the loss of income from the assets (which they often are willing to do). Australians seem not to want either lower government spending on services like education (case in point: the rejection of higher education cuts) or health (case in point: rejection of cuts to Medicare rebates to doctors), or asset sales (e.g. the rejection of the Newman government’s key election policy). Indeed we seem to want governments to spend in new areas such as disability funding and spend more in existing areas like child care, which explains the edging up in government spending as a share of GDP.

We’ve seen the same overseas: the election of the new Greek government that has rejected further austerity despite its net debt of 125% of GDP (compared with the OECD average of 70%). And the failure of the US Senate to agree to measures to reduce its net debt, which stands at 85% of GDP.

Why we can afford it

The only option left is higher taxes, which brings me to my original point: this is not so crazy. Indeed it is rational.

Why? Because our living standards are rising. Our incomes and wealth are rising, giving us the means to buy more goods and services. The core source of this rising prosperity is productivity. If the average worker can produce more over time we can all be better off.

Labour productivity in Australia has grown at 1.3% per year on average over the past two decades, according to the same OECD data, which means that national output per worker is about 40% higher now than it was only two decades ago. Think, for example, of the productivity gains in communication through cloud computing. Sure, when translating the 40% figure to living standards we need to chop a few percent off to account for the drop in the number of workers relative to consumers (mouths to feed). But still it’s a substantial gain. The annual figure for the whole OECD is 1.2%, so the same applies across other advanced countries – the cloud knows no borders.

Which brings us to the punch line. If we’re all better off than we were 20 years ago, why not pay a bit more tax rather than give up government services on child care, disability services, health care and higher education?

This is what Australian taxpayers are saying in voting out the Newman government and, through their representatives in the Senate, in voting down the Abbott government’s budget cuts, modest as they are. And it’s what voters are saying in Europe and the US. That is, we don’t want cuts to government services, we’d rather pay higher taxes – either now or in the future when we eventually have to address the accumulation of government debt.

There’s evidence Australians feel they pay about the right amount of tax, but we won’t always openly admit to a willingness to pay more – certainly not to politicians. Why not? Partly because we always live in hope that someone else will pay: “raise someone else’s taxes or cut someone else’s services”.

Also we want to keep governments on their toes – make sure they are trying hard not to waste our taxes. And finally, even though we know we are better off than 20 years ago, it’s happening very slowly – we don’t feel it when we wake up in the morning.

The bottom line: we’re in for more government paralysis until eventually a government rings the bell on us and raises taxes.