Should Australia have a “Warren Buffett tax rule” to target the rich? 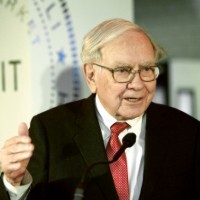 If the Australian government wants to reduce the budget deficit, it should take a cue from one of the world’s most famous businessmen, Warren Buffett, according to one senior economist.

While Buffett is known for his investment wisdom, he is also known for his views on the unfairness of progressive tax systems that allow high-income earners like himself to pay a lower effective tax rate than his employees by aggressively claiming multiple deductions.

Buffett is said to have even compiled a spreadsheet of his office staff, their income and effective tax rates and found out although he was by far the highest income earner in his office, he paid the lowest rate of tax.

This gave birth to the idea of the potential introduction of a “Buffett rule” in the US in 2012, which would charge a minimum average rate of tax on very high income earners. Economic think tank The Australia Institute is proposing a similar idea in Australia.

In his research paper Closing the tax loopholes: A Buffett rule for Australia, commissioned by GetUp Australia and released this month, Australia Institute senior economist Matt Grudnoff proposes placing a floor or “Buffett rule” on the top 1% of Australians who earn more than $300,000 a year.

At a tax rate of 35% – just below the average level of tax paid by someone who earns exactly $300,000 a year and claims no deductions – Grudnoff reports the federal government could raise an additional $2.5 billion per year.

The tax would only apply to those who earn more than $300,000 and through deductions effectively reduce their average tax rate to below 35%.

Based on modelling from the National Centre for Social and Economic Modelling, Grudnoff estimates 31,524 households would be affected by the proposed rule, with those very high income households to pay an additional $79,000 per year in tax.

Men aged over 50 years would be most likely to be affected by the rule.

Speaking to SmartCompany, Grudnoff says introducing a “Buffett rule” would not be levelling a new tax but instead ensuring the Australian tax system is working the way it was designed.

“It would probably actually reduce the complexity of the tax system by reducing the value of claiming tax deductions,” Grudnoff explains.

As high-wealth individuals can afford to, and generally do, pay large amounts of money to accountants to structure their tax affairs in ways to minimise their effective tax rate, Grudnoff says the value of seeking those deductions would be reduced.

“It would be a more efficient way of doing it instead of trying to find those loopholes,” he says.

While a “Buffett rule” failed to win approval in the US, Grudnoff believes there is some appetite for reform in Australia.

“And last year’s budget was panned because it was considered unfair by hurting low-income earners. Well here’s a way to raise revenue from high-income earners.”

The Australia Institute research comes at the same time as research released by the federal Department of Treasury shows personal income tax is one of the more efficient ways for governments to raise revenue.

The Treasury working paper assessed the marginal excess burden of five major types of taxes in the Australian economy and found broad-based taxes such as land tax and council rates are the most efficient, followed by consumption taxes like the good and services tax and personal income tax.