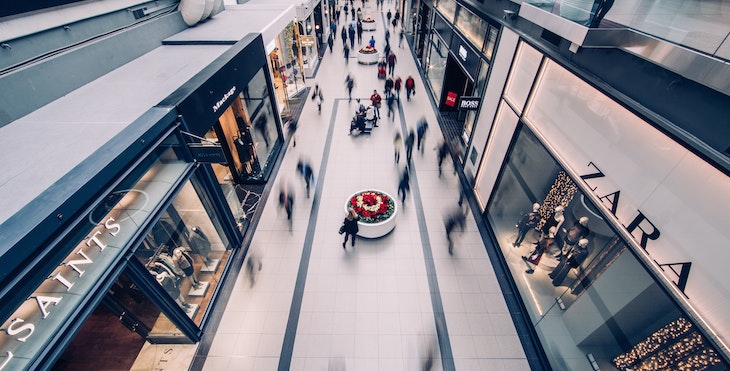 Fallout from the coronavirus pandemic is affecting shopping centre tenancies.

Treasurer Josh Frydenberg has spent billions of dollars trying to save us from recession. The winding down of JobKeeper scheduled for September means he’ll have to spend billions more.

Many of the stimulus measures talked about are focused on the traditional targets of infrastructure and residential construction.

But this recession is different from previous ones. It has wrought most of its damage to restaurants, retail, entertainment and the holiday industry.

These service sector industries employ the lions share of the Australians at risk.

No matter how much traditional stimulus we offer, very few baristas or chefs are going to be able to find work building high-speed rail lines.

A GST holiday would fight the recession we’ve got

One that would work would be a GST holiday.

Instantly, and for the next six months, all goods and services covered by the 10% tax would become more affordable.

The concession would be timely, targeted and would generate the maximum economic bang for the government’s buck.

It would be targeted because the GST doesn’t cover many of the goods people are already buying such as fresh food and medicines.

What it does cover is extra, less essential, spending on things such as clothes, tourism and restaurants — the exact kind of spending we need to stimulate.

Cutting income tax or cash splashes wouldn’t deliver as big a bang for the buck — much of the bonus would be saved, or spent in sectors that don’t require stimulus.

However, the only way to get the GST discount would be to buy goods and services, many of them produced by workers who will need support.

It’d direct money to where it is needed

The benefit would also be progressive. Calculations by Peter Varela, an economist at the Australian National University, suggest that the poorest households pay the highest share of their income in GST.

Removing it would eliminate this burden, if temporarily, helping the poorest households the most.

Making it temporary would encourage Australians to spend right now.

A GST holiday that only lasted six months would force households to consider bringing forward planned future purchases to the present, when they are needed, in the same way as the government’s six-month extension of the instant asset write-off is meant to for businesses.

The idea was considered by Australia’s treasury during the global financial crisis. Britain’s treasury did it, cutting its GST (called value added tax) from 17.5% to 15% for a year in a measure judged a success.

Britain is reported to be planning to do it again.

Germany has already done it. It has cut its value added tax from 19% to 16% until the end of the year.

Australia baulked at the idea during the global financial crisis because it was considered too difficult to get the premiers to agree to it.

But it mightn’t be as difficult now. The COVID-19 response has generated a new surge in cooperation between state and federal leaders for the good of the nation.

A fly in the ointment would be who paid for it. The six-month holiday might cost $35 billion. While the states traditionally receive the GST revenue, in this instance the bill for the cut should be paid by the federal government.

Over to you Treasurer Frydenberg. Your economic statement is due on July 23. The budget is due on October 6. You could do worse than emulate Germany and the United Kingdom.

NOW READ: Building a stronger future for all: The key to construction stimulus is social housing, not home-buyer grants

Yeah we need a GST holiday for good! We should just abolish the GST. That is the only way to have a free capitalist economy