“Sleeping director”: When a company director is personally liable for a company’s unpaid tax liabilities 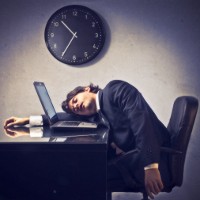 Some directors may inadvertently “snooze” at company meetings but the above heading is not about that – after all, we’re all human and need our sleep!

Directors certainly must meet their obligations, but a recent court decision has highlighted and reinforced that directors need to keep a “hands-on” approach to their companies or face the consequences.

In that case, a Deputy Tax Commissioner was successful in a claim for summary judgment against a director of a company in respect of unremitted PAYG (Pay-As-You-Go) obligations. The Supreme Court of Western Australia found that a so-called “sleeping director” of the company (such as the defendant in this case, who was attending university and did not attend the company’s premises or review its affairs on a day-to-day basis) was equally liable for failure to comply with the requirements to avoid a “director penalty notice” (DPN) liability under the tax law, as was any active director.

Under the law, a director becomes personally liable to pay a penalty of an amount equal to the unpaid PAYG (or unremitted superannuation collected on behalf of employees) if they fail to comply with the requirements of the law. That is, a director has several options to avoid personal liability by ensuring the company, on or before the due date for payment:

The court found the director did not take any of these steps despite his claims to the contrary.

The court also found the director’s claim that third party funding would have become available to meet the company’s liabilities, but for adverse action by employees and other members of the company was not a relevant statutory defence. In this regard, the court emphasised that what the director actually did was important – regardless of the fortunes of the company at the time – and that in this case, he had failed to properly comply with his relevant statutory duties under the DPN regime, despite his claims to the contrary.

In general terms, the court found that as a sleeping director (“a very dangerous pastime”, the court said), he was equally liable for DPN obligations and that he had failed to comply with his statutory DPN obligations. The court considered the director knew little of what was happening with the company and how it was placed financially. Although he had access to the company’s books, etc, the court said he “just did not take any interest in the affairs of the company”.

The director did not deny there was a failure by the company to make payment of tax withheld to the Tax Office. However, he argued that he took reasonable steps to ensure that the directors of the company caused the company to comply with its obligations under the provisions of the tax law.

The court found that the director had failed to produce evidence of any steps he took to cause the company to meet the tax obligations. As result, the Court held that he had not behaved reasonably and that there was no arguable defence to the Deputy Commissioner’s claim.