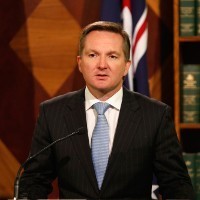 Prominent members of the small business community have welcomed a renewed push by shadow treasurer Chris Bowen to work with the government to slash the corporate tax rate from 30% to 25% for all businesses.

Speaking to SmartCompany this morning, Australian Chamber of Commerce and Industry chief executive Kate Carnell and Council of Small Business of Australia executive director Peter Strong both welcomed the comments made yesterday by Bowen at the Tax Reform Summit, hosted by the Australian Financial Review and KPMG.

While the shadow treasurer reiterated his opposition to changing the goods and services tax, Bowen said he accepts as “a statement of fact” that a lower corporate tax rate would lead to higher wages for employees.

“I would like to see the corporate tax rate come down over time,” Bowen said, according to Fairfax.

“I have previously said the nation should be aiming for a 25% corporate tax rate.”

Carnell attended yesterday’s summit and she describes the indication from Bowen that Labor is willing to work with the government to cut company tax as “very positive”.

According to Carnell, Labor has previously indicated it would like to see the company tax rate cut to 25% for small businesses, but yesterday he indicated the lower rate should be applied “more broadly”.

She believes there is now “real alignment” between the two major parties, as well as other members of the business community, to target cutting the corporate tax rate by 5%.

Strong says the federal opposition is now “being much more co-operative [and] more consultative than the Coalition was in opposition”.

“That should be acknowledged,” he says.

“It’s not on everything but they are looking at what they can do. Good on them.”

Carnell says the challenge now turns to how a cut in the corporate tax rate can be funded.

“The challenge is how do you fund it,” she says.

“It’s hard to do that without changing the GST but there are a range of other approaches.”

“The other important thing that was discussed is that governments can be much more efficient in how they spend taxpayers money.”