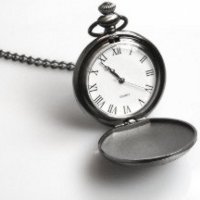 Time is rapidly running out for SMEs to take advantage of the current $6500 outright deduction for low value assets, otherwise known as the so-called “instant” asset write-off.

The deduction is available in the income year in which the business starts to use the asset, or installs it ready for use, for a taxable purpose. However, proposed amendments associated with the repeal of the mining tax will, if passed, reduce that threshold back to $1000 with effect from January 1, 2014.

Consequential changes proposed by the mining tax repeal legislation (currently under debate in the Senate, having already passed the House of Representatives without amendment) would mean that, with effect from January 1, 2014, small business entities (i.e. generally, those with aggregated turnover of less than $2 million) would be able to claim a deduction for the value of a depreciating asset that costs less than $1000 (rather than the current $6500) in the income year the asset is first used or installed ready for use. SMEs therefore only have a few weeks in which to take advantage of the existing $6500 deduction threshold.

However, there’s a “catch”.  The changes might not be law by January 1, 2014. The bill’s amendments might not be passed until after that date, despite the Prime Minister’s reported threat to keep Parliament sitting right up till Christmas to get the mining tax and the carbon tax repeal bills passed.

So what should SMEs do? Prudence might suggest that any SME contemplating purchasing assets that would be subject to the changes ensure the purchase is made and the asset installed ready for use before January 1, 2014 to ensure the $6500 threshold can be utilised. If the asset is installed ready for use after January 1, 2014, the $6500 write-off cannot be claimed – it will only be $1000.

What follows is a brief explanation of the proposed changes.

It should also be remembered that the threshold applies on a per asset basis, so several assets each costing up to $6500 would qualify for the write-off if installed ready for use before January 1, 2014.