Got a tax gripe? The Tax Inspector General wants to help you 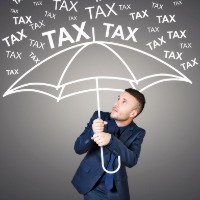 The Tax Office is a powerful agency. It has to administer Australia’s very complex tax laws and carry out compliance checks to ensure taxpayers (including SMEs) are meeting their tax obligations.

That’s fine, but what happens when there are defects in that administration – who stands up for the taxpayer? That person is the Inspector-General of Taxation, currently Ali Noroozi.

The office of the Inspector-General of Taxation was established in 2003. It is an independent statutory office set up to review systemic tax administration issues and to report to the government with recommendations for improving tax administration for the benefit of all taxpayers.

Individuals and/or groups of taxpayers, professional associations and businesses are welcome to bring systemic administration issues to the attention of the Inspector-General. The Inspector-General will endeavour to address taxpayer concerns on defective administration while ensuring resources of the agency are directed to those areas of most benefit to taxpayers overall.

The aim is to identify how to reduce the administrative burden for taxpayers in meeting their tax obligations.

The Inspector-General does not deal with individual taxpayer matters, but has strong powers to compel production of documents by tax officials and to take evidence from tax officials where this proves necessary.

The Inspector-General recently announced his new work program for improving tax administration in Australia. Several projects in his new program will resonate with SMEs and they will have an opportunity to express their concerns to the Inspector-General.

His new work program consists of several reviews, including the following:

Concerns raised here include overdue recovery action, disproportionate action when debts are pursued, and the use of external debt collectors.  Noroozi says debt collection has also been a persistent source of complaints to the Commonwealth Ombudsman, accounting for 23% of all complaints received by him in 2013, and has attracted substantial media attention.

The Inspector-General’s review will examine the concerns raised above as well as the ATO’s approach to debt collection more generally including the use of administrative and legislative instruments to secure payment (for example, garnishee notices, director penalty notices and freezing orders), its approach to insolvency action, the re-raising of ‘written-off’ debts, debt relief decisions and payment arrangements.

Concerns have been raised regarding the additional and unwarranted compliance costs arising from the ATO’s compliance activities with respect to employers’ obligations. Stakeholders have raised particular concerns about the ATO’s determinations of contractor or employee status and access to avenues of appeal.

Additional concerns include ATO feedback on employee complaints, incorrect assessments and the unwillingness of ATO staff to engage on issues.

The review will examine the ATO’s conduct of employer obligation compliance activities, including pay-as-you-go withholding, FBT, director penalty notices for super guarantee charge and the ATO’s engagement with both employees and employers in the resolution of these activities.

Noroozi said stakeholders have raised a range of concerns regarding the adequacy of the Taxpayers’ Charter and related taxpayer protections. These concerns included access to enforceable remedies for defective ATO administration, commitment to procedural fairness and, more broadly, adherence to the model litigant obligations.

Noroozi says stakeholders have pointed to international developments regarding a “taxpayer bill of rights” with enforceable remedies. The Commonwealth Ombudsman has also noted that in many cases, the aggrieved taxpayers do not receive the desired remedy with certain taxpayer cases garnering significant media attention.

The Inspector-General has previously acknowledged concerns with aspects of the ATO’s Taxpayers’ Charter, compensation schemes and their administration in a number of reviews and in his Annual Report 2012-13. The review will consider the above stakeholders concerns, including the nature of the Taxpayers’ Charter, the existing avenues available to taxpayers seeking redress for defective ATO administration and further forms of redress that may be required.

The Inspector-General will commence each review by announcing specific terms of reference and seeking submissions. This will be an opportunity for SMEs to place any concerns they have in relation to the review topics before the Inspector-General.