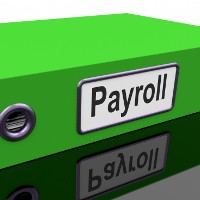 The ACT government has this week suggested it may delay implementing a change to its payroll tax rules which would see recruitment agencies forking out the tax for the first time.

But a number of IT firms set to fall within the new framework have spoken out, saying a delay of a few months won’t do much to help their businesses.

Payroll tax is one of the biggest bugbears of small businesses, with many in the sector calling it ‘a tax on employment’.

Payroll tax rates and the thresholds at which companies are required to start paying the tax vary between state to state, with a number of state governments moving to cut their rates, or lift their thresholds, in recent months.

According to Fairfax, ACT Treasurer Andrew Barr says he will consider delaying the change by “a few months” in response to concerns about how little time companies have had to adjust to the new rules.

The changes to the state’s payroll tax regime were announced in the state’s budget earlier this month.

While the ACT government moved to lift the territory’s payroll tax threshold to $1.85 million, it also scrapped the “genuine employer exemption” which excluded contractors employed through recruitment agencies. These agencies will now be subject to the 6.5% payroll tax once they hit a threshold of $1.85 million.

Peter Legge-Wilkinson, director of recruitment firm Online89, told Fairfax his company could go out of business because of the changes.

He said Online89, which bids for IT contracts with the federal government, has many contracts due to start on July 1 that have already been negotiated. As the contracts are not about to be renegotiated to cover the payroll charge, he said the only alternatives are for the company to absorb the costs or the contractors to take a pay cut.

However, Tracy Angwin, managing director of the Australian Payroll Association, told SmartCompany this morning the proposed changes appear to be part of a wider move by Australian states and territories to harmonise what items fall under the payroll tax regime.

Angwin says the ACT was the only state or territory to provide a payroll tax exemption for contractors, but these recruitment firms should not have been surprised given the harmonisation process has been underway for a number of years.

The changes also raise the important question of who is an employee and who is a contractor, says Angwin, who believes for many of these firms, the individuals performing the work should be treated as employees and therefore subject to payroll tax.

“Legally, they are employees of the recruiting company and contractors to the government,” says Angwin.

Angwin says confusion around the definition of a contractor is very common in the IT industry but companies should be aware that even if both parties agree to a contract form of employment, there are other considerations.

Things such as where and when the individual undertakes their work, as well as whether they own the equipment they are using are important factors, says Angwin. Another test is to whether an individual is an employee or a contractor is if they have financial responsibility for the work or not.

“The classic example is a plumber,” says Angwin. “If the plumber comes to your house, at the time they choose, and uses their own equipment, they are a contractor. But if an employer determines the time of the work and has financial responsibility for the job, they are an employee.”

Angwin warns SMEs to be pay attention to these distinctions as the Fair Work Commission is increasingly focusing on this area.