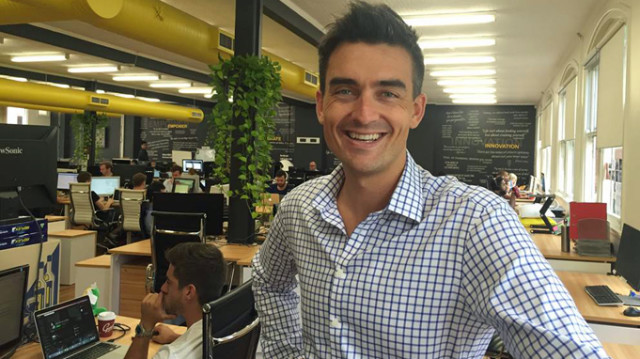 The nation’s leading startup bodies have formed an alliance to lobby the federal government on a series a startup-friendly recommendations as part of its review of the R&D tax incentive review.

Earlier this year, members of the community were invited to share their thoughts on the findings of an expert review of the research and development incentives, which the government is planning to respond to from March 2017.

The review was completed by Innovation Australia chair Bill Ferris, chief scientist Dr Alan Finkel and treasury secretary John Fraser in April this year, with a report made available to the public at the end of September.

The proposed changes to the R&D tax incentive were widely criticised by some members of the Australian startup community, who slammed its focus on big businesses and said the limitations may force local early-stage startups to relocate abroad.

The review recommended a reduction in the tax offset for research and development from 45% to 38% for businesses with annual turnover of less than $20 million, and a reduction from 40% to 38.5% for bigger companies. Other proposals include doubling the cap on eligible expenditure from $100 million to $200 million, and a cap on the annual cash refund available at $2 million.

In response to the report, StartupAUS has now prepared a submission paper in alliance with FinTech Australia, StartupWA, StartupTas, TechSydney, Startup Adelaide and Startup Victoria.

“When the R&D tax incentive is spent on startups, three critical goals are achieved: startups are supported when they are at their most vulnerable, R&D output gets a big direct boost, and our fastest growing tech companies are encouraged to stay and create jobs in Australia,” McCauley says.

Below are the five recommendations that will be put forward by the alliance.

1. Increase the amount paid to startups

StartupAUS suggests an that the claimable incentive for early-stage startups be increased from 45% to 90%.

According to analysis by StartupAUS and KPMG, this would cost the government $90 million, which is about 3% of the the scheme’s total annual cost of more than $3 billion.

To address the problem of ongoing cashflow, the submission recommends the government pay tax incentives to startups on a quarterly basis instead of one big annual hit.

StartupAUS says nearly 90% of the startups it surveyed on this felt it would make a significant difference.

This switch would give startups a boost in growth and viability, according to the alliance.

3. Make it simple and transparent

To ensure resources and the R&D tax incentive are directed to those who could benefit most, StartupAUS has recommended the application process be simplified for startups.

The aim would be to reduce both the burden on founders who are often robbed of time and the amount of money spent on advisors to complete the application.

“Startups, almost by definition, are working on innovative new products and services that require a bit of time and money to develop and get right, and many of those costs are eligible for refunds under the scheme,” McCauley says.

“The capital provided under the incentive for early-stage and growing businesses is a lifeline to many startups that can literally make the difference between growth and failure for a promising venture.”

StartupAUS welcomed the expert panel’s recommendation for an added incentive to collaborate with universities and research bodies, noting that startups currently have great difficulty accessing intellectual property from inside these institutions.

However, it suggests this incentive also be applied to collaboration with larger enterprises as startups can benefit greatly through strategic corporate partnerships.

When it comes to the expert panel’s suggestion to cap refunds for smaller ventures to $2 million, StartupAUS says such a sharp cut could compromise Australia’s most promising scalable startups.

A cap of around $5 million has been recommended instead.

“At a time where other global cities are investing more heavily in their startups and high growth technology sectors it would be a disaster if the government reduced its most effective supporting initiative,” says TechSydney chief executive Dean MeEvoy.

“The $2 million cash back cap will reduce available cash for startups in our economy,” she says.

“A focused increase towards small companies will be bait to attract smart innovators to put their minds towards Australia’s fundamental economic challenges.”