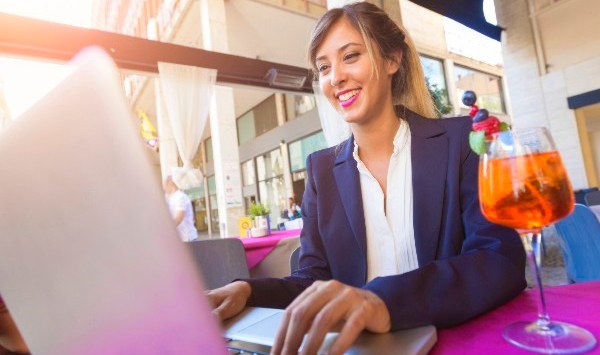 Some “bread and butter” tax this week – work-related expenses for food and drink while travelling while at work. Hardly a “rocket science” tax issue but one that can trip up the unwary.

Late last year, the AAT allowed a truck driver’s claims for unsubstantiated food and drink expenses that were claimed on the basis of the Tax Commissioner’s daily rates.

The taxpayer is a full-time employee truck driver who drove B-Double trucks interstate. In the year ended 30 June 2011, he worked for three different companies and claimed deductions for the cost of food and drink consumed by him at roadhouses and service stations along the interstate routes driven by him.

He said that he slept in his truck or at the depots on the nights he was away from home because there were no motels where you could park such a truck, so he did not claim amounts for accommodation.

The AAT said the driver did not keep any receipts for his purchases of food and drink, and relied on the relief from the substantiation provisions on the basis that he was in receipt of travel allowances from his employers in the relevant year. Accordingly, he based his claim for the deductions on the Commissioner’s reasonable daily rates. He also did not keep any diary or other records of his expenses.

In the 30 June 2011 year, the AAT said the taxpayer received a total of $12,163 as “allowances”, as shown in his PAYG payment summaries from his employers. He claimed deductions of $23,432 that related to the cost of food or drink while travelling away from home. That figure was reached by multiplying the number of times that he says he slept away from home, being 276 times, by the amount of $84.90, being the Commissioner’s daily rate applicable to employee truck drivers in the salary range of $97,001 and below.

The Commissioner audited the taxpayer and formed the view he was not in receipt of travel allowances that allow him relief from the substantiation provisions and, therefore, he could not use the Commissioner’s reasonable daily rates. The Commissioner disallowed the deductions claimed (as well as other claims). The Tribunal noted that, at the audit stage, the Commissioner had allowed a deduction of $4,135 for food and drink expenses and this was said to have been allowed by him in error. That is to say, the taxpayer’s total food and drink expense claim in his tax return for the relevant year was originally for $23,432 but because of the error the Commissioner says he made, he agreed not to alter the deduction that had already been allowed. The amount of work-related travel expense in dispute was therefore $19,297, the AAT said.

The taxpayer objected to the assessment and his objection was allowed in part. He then applied to the Tribunal for a review of the Commissioner’s objection decision.

The Tribunal said the payroll manager of the three employers provided signed letters confirming that the taxpayer’s runs were based out of Sydney to either Melbourne or Adelaide averaging approximately 4,500 to 5,000 kms per week.

The Tribunal said it found the taxpayer “to be an honest witness” and it accepted that the amounts claimed to have been expended (on average, in excess of $84.90 per day) were in fact incurred. On that basis, it said the expenses incurred in relation to food and drinks while on trips away from home were deductible.

The Tribunal said the only evidence it had in relation to what the allowance was paid for was the uncontested evidence of the payroll manager, and that “the Commissioner clearly accepted the letters were necessary for the determination of the issues by the Tribunal as he chose to put them into the T-documents”. The Tribunal concluded that the allowances were “travel allowances”, that is to say, they were amounts paid by the three employers to the taxpayer to cover his losses or outgoings incurred for travel away from his ordinary residence and for losses or outgoings for food or drink. As a result, the taxpayer was entitled to the relief from the substantiation provisions in the tax law.

The ATO has only recently released its view of the decision and while it says the decision turned on its facts and the Tribunal was entitled to make the findings of fact it did based on the evidence before it, the Tax Office was not quite content to leave the issue there.

The ATO has not appealed the decision, so the truck driver’s win stands, but it wanted to point out and remind taxpayers generally of the rules concerning work-related expenses.

The ATO said the decision does not present any new principle of law or impact on any of the Commissioner’s current published views. It said the Commissioner considers that the decision was consistent with the views currently contained in his advice and guidance dealing with work-related travel expenses and record keeping, including substantiation and the substantiation exception.

The decision supports the Commissioner’s longstanding view that:

The ATO said work-related expense claims are still a focus area in its compliance activities. In particular, the ATO highlighted the following areas in relation to employee truck drivers.

The ATO said care should be taken using secondary documents to calculate nights away from home. It said while such documents may reflect the number of trips taken, distance travelled, or how often an allowance was paid, they may not show other relevant information such as the number of nights the person was required to spend away from home, or the expenses they incurred as a result.

There are some basic messages coming out of this case that taxpayers should heed.