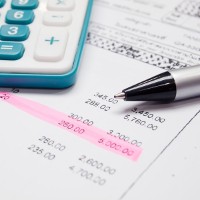 The federal government has added artillery to its arsenal should it choose to push ahead for changes to the goods and services tax, with the tax discussion paper released by Treasury on the weekend making a strong case for change.

While previous taxation reviews – including the Henry review under the Kevin Rudd-led Labor government – avoided the topic of GST, Treasury’s paper discusses the tax at length, along with other state-based taxes.

However, Treasury stated the Coalition will only consider reforming the tax “if there is a broad political consensus for change, including agreement by all state and territory governments”.

According to the paper, Australia has one of the lowest rates of GST, or its equivalent, among Organisation for Economic Co-operation and Development nations. While Australia’s GST has remained at a rate of 10% since its introduction 15 years ago, of the 33 OECD nations that have a similar tax, only Canada, Japan and Switzerland have a lower rate than Australia.

Treasury has also acknowledged the issues surrounding charging GST on the online purchase of physical goods from overseas suppliers, as well electronic goods and services that don’t currently attract GST in Australia, including Netflix.

The GST is the country’s third-largest tax source, after personal income and company tax, and in 2013-14 raised $56 billion or 16% of total government tax revenue.

Peter Strong, executive director of the Council of Small Business of Australia, told SmartCompany this morning reform to the GST is “one of the things the whole community has to come to grips with”.

But while any change to the base or rate of the GST will likely be a politically sensitive issue, Strong says Australian governments must “do something about it”.

“Howard did it when he brought the GST in, it’s not impossible,” he says.

Michael Walpole, professor of taxation at the School of Tax and Business Law at the University of New South Wales, shares Strong’s view that GST reform is needed.

“It is a complex GST with a relatively narrow base,” Walpole says.

“There is a need for caution though. If you broaden the base or increase the rate too much, it can actually cause harm to people in society who are adversely impacted by a consumption tax.”

“It is a very regressive tax so you have to compensate the less well-off.”

Walpole says it was this concern that led to many of the current exemptions to the GST when it was introduced in 2000, with the Democrats and Senator Brian Harradine successfully petitioning to exempt fresh food for human consumption.

“It is a complicating factor,” he says.

But he says any change to the GST base or rate should be “attractive” to the states and territories, which essentially own the tax as recipients of the revenue.

Peter Quattrocchi, director at Pitcher Partners, told SmartCompany having GST “on the table” for discussion is an important step forward.

While he agrees it may be difficult to convince voters of the need to reform the tax, both broadening its base and increasing its rate is worth considering, as is reducing the level of complexity surrounding which good and services are subject to the tax and which are not.

He says small businesses already charging GST will be “faced with challenges in the transition phases” but the exact impact on sales will likely depend on the product or service and the market in which the company operates.

But for businesses that deal with products or services that are currently exempt from GST, there will be a “much greater challenge, at the very least to their cash-flow management,” Quattrocchi says.