The tax refund delays that try taxpayers’ patience: Why the hold-ups happen 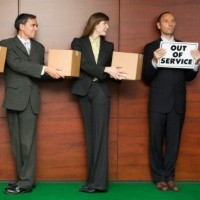 Tax refunds are often thought of as a sacrosanct part of our tax system. They’re not. There is no guarantee that anyone will get a tax refund. It depends entirely on one’s particular circumstances, and how the numbers fall when a person’s tax return is compiled.

However, when refunds are due, taxpayers are always keen to receive them and any delays are not welcomed.

So why are some tax refunds delayed?

The Australian Tax Office says within the tax system, there is an endemic risk of taxpayers and tax return preparers lodging incorrect or fraudulent returns. Left untreated, the ATO considers that such risks may result in reduced community confidence, an erosion of voluntary compliance and significant revenue leakage.

Therefore, the ATO runs what it calls an “income tax refund integrity program” whereby it uses a series of analytical models designed to detect instances of overclaimed tax deductions, offsets or other credits in income tax returns. The ATO stops these returns for manual review before any refunds are issued to the taxpayer. The ATO takes the view that certain risks should be addressed prior to issuing the notice of assessment and before any refunds are paid to the taxpayer. The aim is to protect the integrity of the tax system. Fair enough.

However, there have in recent years been complaints about the length of time tax refunds have been delayed. The Inspector-General of Taxation, Ali Noroozi, has conducted a review into this ATO refund review program and his report has just been released. At 108 pages, it’s a lot of reading.

The review arose out of taxpayer and tax agent concerns regarding extended ATO delays in processing income tax returns held for review under the ATO program. Significant complaints were raised with the Commonwealth Ombudsman, the ATO’s Complaints section and the IGT in 2011-12 when higher than expected numbers of tax returns were held leading to extended delays in the processing of those returns. Some 109,000 returns were held when only 33,000 had been expected.

As a result, Noroozi said a significant number of taxpayers experienced extended delays, sometimes of many months following lodgment. These extended delays were exacerbated by the inability of taxpayers or tax agents to find out why these delays occurred or to have their returns expedited. Moreover, the Inspector-General said it was contended that the ATO’s communication led to the perception that the ATO considered these taxpayers to be dishonest or fraudulent.

Following the experience in 2011-12, the ATO embarked on a significant program of work to refine the models and processes it used to stop fewer tax returns and reduce timeframes. The Inspector-General said this review confirmed that the ATO has improved its communications to affected taxpayers by providing greater clarity of timeframes for release of their refunds.

Noroozi said the ATO has placed less emphasis on potential fraud as a reason for returns being held to allay taxpayer concerns and anxiety. In relation to concerns that the ATO review program only stopped and adjusted tax returns with small refund amounts, the IGT found that statistics over a 3-year period indicated that of the stopped returns, 5.29% cent in 2010–11, 1.85% in 2011–12 and 2.87% in 2012–13 contained refunds of $1,000 or less.

The Inspector-General said submissions to his review acknowledged the improved experience with the ATO review program in the 2012–13 financial year. However, they raised concerns regarding delays that have persisted, the inadequacy of the ATO’s communication and the inability of taxpayers and their agents to intervene early and request their returns be expedited.

The Inspector-General has identified a number of areas for improvement and has made a total of 13 recommendations aimed at:

The recommendations made are aimed at enhancing the ATO’s communication and engagement with taxpayers and tax agents including better differentiation of potentially fraudulent taxpayers from those who may have merely overstated refund claims by mistake. The ATO has agreed in full with 12 recommendations and agreed in principle with the other. The effective implementation of these recommendations should ensure that the ATO program is further improved for taxpayers, Noroozi said.

Understandably, tax refunds are often the only thing many people think of when they think about tax, and many people are properly entitled to them. Nonetheless, the ATO has a duty to protect the integrity of the tax system (and that includes making sure tax refunds are properly given) which is why it seeks to check refunds in certain cases. Inappropriate delays in issuing refunds are, however, a matter of concern and it is to be hoped the Inspector-General’s report leads to improvements.