Tax statistics: Why it’s all in the eye of the beholder 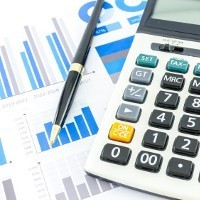 How does the saying go (often attributed to British Prime Minister Benjamin Disraeli): “There are three kinds of lies: lies, damned lies, and statistics!”

Tax is about numbers, big numbers. And those numbers lend themselves to all sorts of statistical analysis.

The ATO’s recently released Taxation Statistics 2012-13 provides a veritable smorgasbord of tax statistics to revel in. Some are interesting; many are not.

Read more: The Australian suburbs and towns with the highest tax bill revealed

And I’m not for a minute suggesting that tax statistics correlates with lies or damned lies!

These stats present an overview of 2013 income tax returns for individuals, companies, super funds, partnerships and trusts. The statistics also cover other aspects of the taxation system such as GST, FBT and excise, along with the superannuation system, in relation to the 2013-14 financial year.

Highlights from the statistics for the 2012-13 year include:

In revenue terms, companies declared over $122 billion in revenue from other countries, notably from Singapore, the US, Japan, the UK, Switzerland and New Zealand.

As you can see, taxation statistics really are in the eye of the beholder. They do provide a valuable source of information for all sorts of purposes, although what one makes of them depends on what one wants to make of them.

Rest assured, there will be more next year.