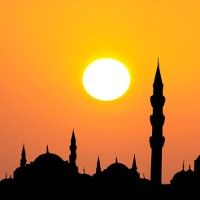 Frustrated taxpayers claiming parts of the Australian Taxation Office’s website was defaulting to a Turkish-language page on the GST margin scheme took to Twitter to voice their concerns on Friday afternoon.

A handful of Twitter users complained to the tax office from about 2pm onwards that they were experiencing the problem with eTax and on certain pages on the ATO website.

It comes after more than a week of issues for the ATO, which has sought to play down the problems encountered by those attempting to lodge their tax returns.

Responding to the tweets, the ATO said it was aware of the issue.

@ato_gov_au your website is currently showing up in Turkish across several sections and is unable to be changed.

Random, when I access @ato_gov_au website in Firefox, I get gst information in Turkish… Also get it in IE if you don’t enter a search term

@ato_gov_au erm. your whole site is defaulting to a Turkish-language page on the GST margin scheme. woohoo! 😉 pic.twitter.com/qlS4X68mdn

Why am I redirected to a page in Turkish language when I try to download e-tax? @ato_gov_au

Today’s Twitter complaints also come after the ATO issued a further update on its website earlier today, which indicates the tax office believes the problems are abating.

“We’re happy to report that over the last 24 hours our systems seem to be a lot more stable, improving your experience in using our online services,” the ATO said earlier on Friday.

“To date, we’ve received more than 450,000 online lodgements and have issued over $456 million in refunds.”

“Some of you told us you were experiencing dropouts when completing the deductions section (e.g. uniforms, laundry expenses, etc) when using MyTax. We have implemented a fix overnight, which seems to have resolved the problem.”

The ATO urged taxpayers to expect temporary outages over the weekend as the ATO works to “further improve our systems”, with scheduled maintenance set to occur.