The Australian suburbs and towns with the highest tax bill revealed 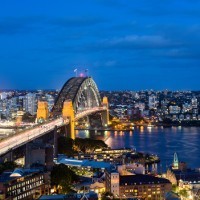 Residents of postcode 2027 in Sydney, which includes Darling Point, Edgecliff, Rushcutters Bay and Point Piper, are the country’s richest taxpayers, with tax office data showing they earn an average mean income of $177,514 – more than eight times that of those in Australia’s poorest suburbs.

The Australian Tax Office’s taxation statistics for 2012-13 includes a list of the county’s suburbs with the highest taxable income that is largely unchanged from last year, with Sydney Harbour-side suburbs featuring heavily alongside Perth’s western suburbs and Melbourne’s Toorak and nearby coastal town, Portsea.

In Victoria, the regional town St Andrews was a surprise entry on the list.

The town, which is 36 kilometres from Melbourne’s CBD and has a population of around 1200, paid the second most amount of tax in the country – with the mean average income of its 655 taxpayers coming in at $148,967.

At the other end of the scale, the 350 taxpayers in New South Wales regional towns Delungra, Gragin and Myall Creek earned an average of just $21,691 in 2012-13.

“It probably suggests there has been enormous wealth creation in Australia in the last 25 years and a postcode is the biggest determination of that wealth,” says Harcourt.

“[Disparity] occurs in all societies. In Australia we do like to be egalitarian, like to call each other mate and go down to the same surf club, but at the end of the day we do have very different incomes and that gap has probably widened.”

While Harcourt says Medicare and superannuation reforms have meant “battlers have gotten a fairer go” in the last two decades, he says a list like this does draw attention to the need to address absolute poverty and reasonable tax contributions.

“As people became wealthier, we want them to pay more tax because they are able to,” he says.